Another Telling Video From Haram al-Sharif (The Temple Mount)

Yesterday I posted video of Haram al-Sharif (the Temple Mount to Jews) being desecrated by young Arabs kicking a ball towards the mosques.

Today, I want to share with you another video, this time concerning the Mourabitat on the Temple Mount. This is an illegal Islamist political movement of Muslim women, who “keep an eye on Jews visiting the compound and who would be ‘attempting to pray.’ Women from the organisation disrupted several such attempts by shouting at the groups, cursing, and by physical assault.”

They also seem to be the inspiration behind some pretty lousy anti-Israel propaganda: 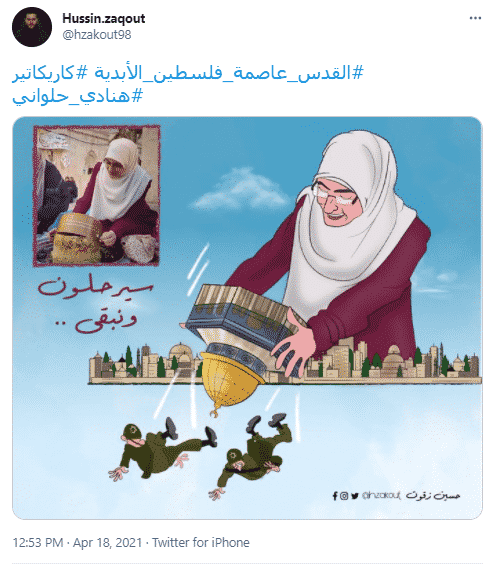 In the following video, these women are making a lot of noise, shouting that they’ll defend Al Aqsa and attacking Israeli PM Netanyahu among others. You’ll notice that Israeli border policemen are calmly standing near them (as this Arab tweeter notes, the women seem to be under their protection). This is all happening during the muezzin’s call for prayer, and one of the border policemen seems to be respectfully asking the women to keep the noise down during this call for prayer.

As this Saudi tweeter writes, “It makes me laugh that the Jew has become a Muslim more than them. He asks them to respect the call to prayer, while they are squealing and shrieking..”