During the few days when snow may fall on the higher peaks throughout Israel, people who live in the white-brushed peaks make the most of the rare weather and rush outside to build snowmen. But for the thousands who live where snow does not grace the region, people get in their cars and travel miles to take a hike through the novelty of white. 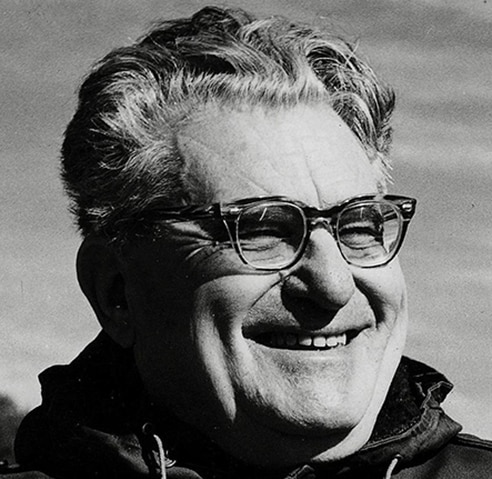 Hiking and walking the land is not restricted to these rare days of a European winter, but is a favorite past time of many Israelis – come rain or shine. In modernity, this inbuilt hunger for exploring the land finds its genesis in Zev Vilnay, a geographer and author who made Aliyah with his parents from Kishinev three years after a murderous pogrom lead by priests who encouraged the mob to slaughter 49 Jews in cold blood. The program not only shocked the world, it infamously drove Theodore Herzl to desperately propose Uganda as a solution for the Jewish “question.”

In Eretz Yisrael, Vilnay became smitten with the idea of Jews exploring the land. From his explorations he wrote down the local folklore, parables and legends. In these books he also describes a continuous historical thread found in the Jewish sources, threading the ancient writings with an indigenous history. He often quoted the Talmud, saying that anyone who walks three or four cubits through the Land of Israel merits a place in the World to Come.

When Israel became a state in 1948, Prime Minister David Ben Gurion set up a committee which would oversee the naming of new kibbutzim, moshavim, towns and villages. The role of the committee was to authenticate how close these new places were to the original Biblical locations. If the geography and ancient sources depicted the authenticity of the location and archeology also backed it up, the new place would be named after the Biblical one. Vilnay’s groundbreaking research into the authenticity and identity of ancient places earned him a doctorate, which in itself was a massive contribution to the establishment of the Land of Israel Studies, a certified subject in all Israeli universities.

One of his most memorable discoveries occurred in 1928. With the drying up of the Kabara swamps that lay between the foot of Mount Carmel and the Mediterranean, Vilnay uncovered a Roman aqueduct with inscriptions of the Roman Legion who had built it. His most esteemed literary work was written with his friend Zvi Berger, an Israeli artist. For three years the men worked on publishing an album of 56 lithographs. Vilnay contributed to the text of the album from his wealth of knowledge and Berger did the artwork. The album was eventually translated into English under “Israel Horizons.” In 1965 it even won a silver medal at the 6th Art Albums Festival in Milan.

Vilnai was awarded the Bialik Prize for Jewish Thought, and in the seventies he swept up the much esteemed Israel Prize for his knowledge and love of the land. Before he died, he wrote his will and requested to be buried between Tzorah and Eshtaol, the territory of Samson. Throughout his entire life, he had been impressed and inspired with Samson’s life and strength.

Vilnay died in 1988, leaving two sons. Matan became a general in the IDF and a member of the Knesset. Oren, who became an expert in structural engineering also made sure to publish the English “Vilnay Guide to Israel,” which until today is part of a collection in every tour guide’s essential library. It is all but impossible to take a hike in Israel today, and not recall the intrepid explorer, Zev Vilnay.