For the last six years, a quarter of a million Israelis have been studying a chapter of the Tanakh every day, five days a week. Known simply as “929” (after the number of chapters in the Bible), via a website and an app, the program offers various commentaries, thoughts for the day, the printed text with an option for reading and listening, and even iconic Israeli songs associated with the daily chapter. Secular and religious people study on their own or with friends and family, on a bus, in a cafe, at work or at home. 75 percent of the participants are nonreligious. Together they join educators, academics, rabbis, journalists and even Knesset members in their pursuit to understand the Tanakh.

Studying the parashot stems back to the days of Ezra. They are an integral part of Israeli culture, regardless of whether one is religious. On the other hand, although included in the educational curriculums, the Prophets and the Writings has declined in popularity probably due to the fact that the ways of the ancient Israelites whose lives revolved around the Temple, is estranged from our concerns today. Coupled with a difficult and unfamiliar Hebrew and also the impact of the age of technology and information, persuading a modern society to study all of the Good Book, is not as easy as appealing as learning the likes of computer science. 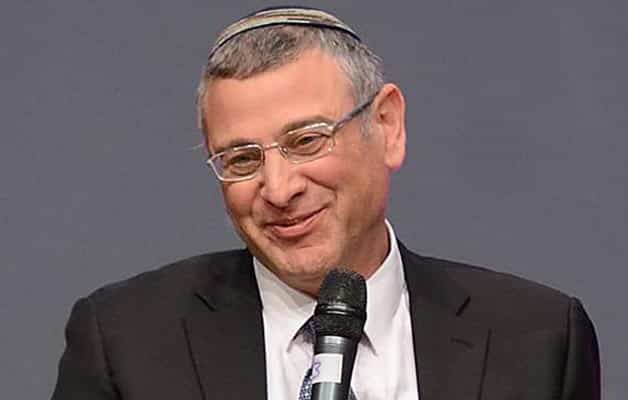 Into this cultural environment Rabbi Benny Lau stepped in to build bridges. He was convinced that whether Israelis like it or not, Jews are People of the Book. With Gal Gabbai, he began the 929 revolutionary project. The first cycle was completed in April 2018, coinciding with Israel’s 70th Independence Day. The present one is due to end in February 2022.

Rabbi Benny Lau is the son of the late Naphtali Lau-Lavie, journalist, author, and Israeli consul in New York. Benny’s uncle Yisrael Meir became the Chief Rabbi. Benny’s father and uncle were the only two in their family to survive the Holocaust.

Born and educated in Tel Aviv, on completing high school Benny Lau enlisted into the Golani Brigade. After his army service he obtained a degree in history and went on to do a doctorate, his thesis of which dealt with the methodology of Halacha as pertaining to Rabbi Ovadia Yosef.

He also became the rabbi of Kibbutz Sa’ad, set up a seminary for women and was the officiating rabbi of the Ramban synagogue in Jerusalem. He is in much demand on TV to offer commentary on political and religious affairs.

The Tanakh, Lau believes, is the bridge builder between the Diaspora and Israel, which often has spats about politics, conversions and rights of prayer at the Western Wall. He is cognizant of the sensitivities of many proudly secular Israelis who do not take kindly to Bible-bashing, and also aware of the sensitivities of some of the ultra-Orthodox who have fiercely objected to his nontraditional approach to the Biblical text.

Due to the overwhelming popularity of the 929 program, the second cycle was launched also in English, spearheaded by the now deceased Rabbi Jonathan Sacks.