Remember how Foodbenders owner Kimberly Hawkins posted a number of antisemitic things, including this?

She subsequently denied being antisemitic:

Other accusations of anti-Semitism are being construed from viral screen shots actively being spread by the Jewish Defence League and now some people in our community. The JDL is fringe group that does not represent the majority of Jewish people in Canada. It creates propaganda to paint Palestinian rights activists as anti-Semitic and cancel BDS activism. Removed from context these posts may have appeared as anti-Semitic, linking all Jewish people to the JDL, or invoking harmful anti-Jewish tropes. Specifically I made comments about Canadian media and government being influenced by Zionist forces in this country. I still believe this to be true, but I sincerely apologize if the language suggested I was referring to Jewish people or hurt anyone in any way.

I never want to participate in hate and I am always open to learning.

If she was genuine, you’d think she would stay away from such language. Yet here we are, almost a year later. 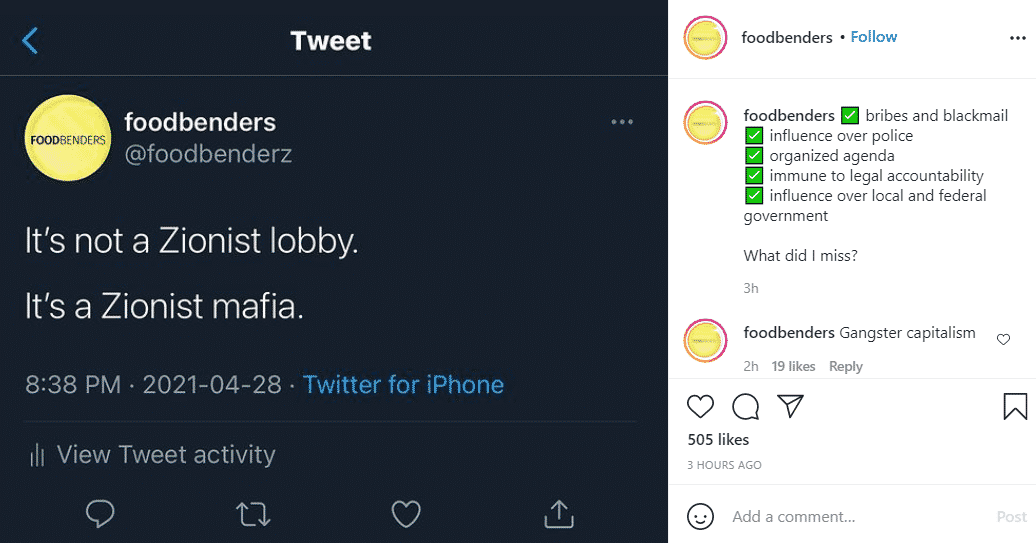 If that wasn’t enough, she’s posted a cartoon from a known antisemitic cartoonist who once participated in an antisemitic Holocaust cartoon contest.

Note the exaggerated features which which the Jews are drawn.

She is posting this while facing a case before the Ontario Human Rights Tribunal for her discrimination against Jews.

Speaking of which, it turns out her lawyer is an antisemitic, terror supporter as well. 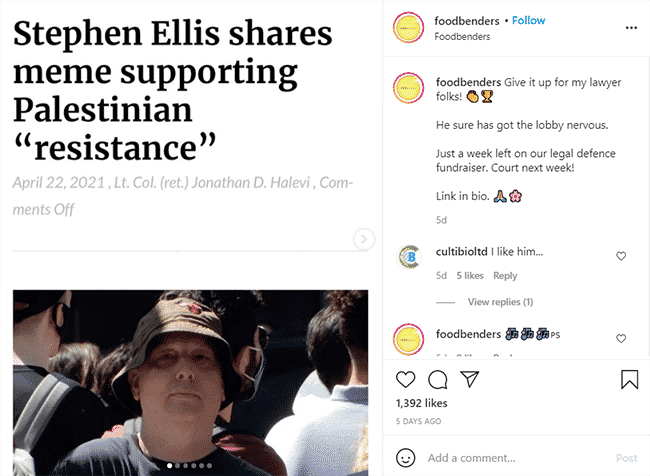 And by “resistance” he most certainly includes Hamas terrorism.