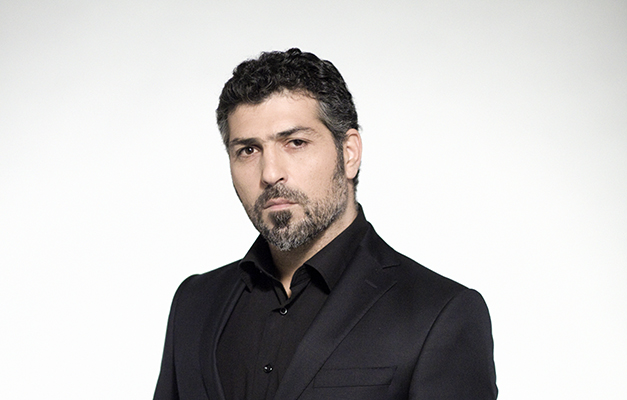 It is rare that a journalist garnishes respect from both sides of the political divide. But such is the case with Zvi Yehezkeli. Aside from once being voted among Israel’s most handsome men, he is our most famous Arabist: a non-Arab who is an expert in Arab affairs.

A son of parents who fled Iraq and thus with a background of spoken Arabic, Yehezkeli enlisted into the Shin Bet and worked for them in security details all over the world. While he was abroad, he became interested in Islam. He was especially fascinated with terrorist Yasser Arafat due to the fact that the mass murderer shook hands with the late Prime Minister, Itzhak Rabin, at the Oslo Accords.

In his work as a journalist he went undercover throughout Judea and Samaria to find out how local Arabs felt about the now outdated July 2020 plan to bring areas under Israeli sovereignty. A tiny camera was hidden in his glasses. Those interviewed didn’t even know they were being filmed. For the release of the report, he distorted their faces and voices to protect them from the brutality of the Palestinian Authority. Unsurprisingly, most of the interviewees stated their preference to live under Israeli sovereignty.

One time on his travels, the secular Yehezkeli stopped by for a Shabbat meal with a religious family. Accordingly, he has stated that this chance visit was more important than any journalism he had done in his career. The occasion birthed a love and appreciation for a neglected Judaism and tradition. He decided to turn his life around and become a Ba’al Teshuva.

With his flawless Arabic, his knowledge of Islam, ethical values enhanced by a new religious journey and his ability to set aside any of his personal biases, he is a daring reporter too.
When he landed himself a job as Arab affairs correspondent and head of the Arab desk for Channel 10, he reported about the Palestinian Authority, even securing an interview with the arch terrorist Yasser Arafat, who was under an IDF siege in Ramallah following his masterminding a wave of murderous attacks on Jews. Arafat justified the pogroms famously telling Yehezkeli that he refused Ehud Barak’s golden offer of peace which would have given Arafat 99% of his demands, because the “deal was closer to 0%.”

Back in 2012, Yehezkeli created his most famous and daring reports in a series about ISIS, the Muslim Brotherhood and the growth of Islam in Europe. He visited Holland, Sweden, France, Belgium, England and the United States. Dressed as a Muslim, Yehezkeli went undercover and with an open mind. He reported on the worldview of the people he interviewed, letting them speak for themselves. It revealed a threatening reality.

While a few foreign liberals charged him with racism (to which Yehezkeli retorted that he only asked the questions), Israelis were gripped. His programs hit home. They were personal because Israel had longed begged the world to call out Palestinian Islamic terrorism, yet Israel had always been exclusively blamed. And now, here was this Israeli Jew, strutting down the streets of Europe calling out Islamic terrorism. Through his programs we were all hoping the world would wake up and see Palestinian terrorism is no different to the Islamic terrorism that plagued cities in Europe.