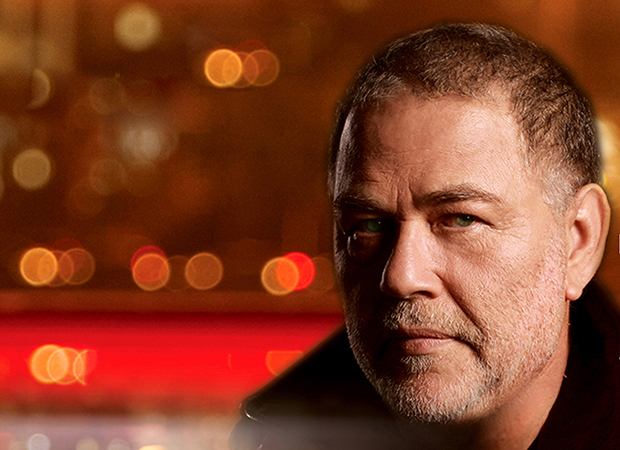 In the 1980’s world of Israeli music, Yehuda Poliker’s melodies and lyrics ushered in a new era. Growing up in a slum neighborhood in Haifa, Poliker is the son of Greek Holocaust survivors who were deported from Thessalonica to Auschwitz.

His parents sent him to an agricultural boarding school where one day his friend lent him a guitar. Poliker was hooked. Knowing that he wanted to spend his life playing music and not growing crops, he left the school and, as many music-loving teenagers do, formed a band.

The band was a huge success. The first album wrapped up sales of 100,000 copies in just a few weeks. Driven by more than success, Poliker decided to go solo. Wanting to write songs about his heritage, he composed Greek and Hebrew lyrics to melodies which were so successful that as soon as the albums reached the shelves, they sold out.

After a couple of decades performing nearly non-stop, the macho-looking, muscly, unshaven and handsomely rugged Poliker, broke the hearts of devoted smitten young single women by coming out as gay. Aside from the handful of these maidens (some of who will have still not forgiven him), his bold announcement soon faded into that of non-importance; something that cannot be said for his music.

One taboo wasn’t enough. He broke another by writing songs about the difficulties of growing up with his parents. This opened up doors for other children of survivors to talk about their own trauma.

Hearing his songs, no one would ever guess that when Poliker speaks, he does so with a stutter. The stammer he developed when he was six. One day his father asked him to bring him some bread. Typical of many survivors, his father swallowed the bread at great speed. He started to choke. Yehuda’s mother screamed at him to run and get help. Yehuda recalls running through the streets terrified he will come back to a dead father.

This traumatic event left him with a stutter and also was the genesis of an album that dealt entirely with issues of the second generation. To this day, his best-selling “Ashes and Dust” is one of the most highly acclaimed albums in the history of Israeli music. It has influenced societal discourse like no other. One song, ‘Last Station to Treblinka,’ was translated from the words of the Jewish Polish writer Vladislav Shlengel who was murdered in the Warsaw Ghetto. The song is played on Remembrance days. With the haunting and unforgettable rhythm that mimics that of a Nazi death train, the rock song is iconic in the formation of memory.

The now 70-year old is as popular of a performer as he was 40 years ago. Although he barely gives interviews, his presence in society is as prominent now as it was at the beginning of his career. Through his new songs, he is exploring other fractures in society. He writes about the likes of bereavement, social violence and loneliness. These weighty subjects he insists is a reflection, and not a criticism, of his own upbringing. It is not a judgment upon his parents but an invitation to heal.