IfNotNow When Is a Good Time to Be Inspired by Calls to Bomb Tel Aviv?

What moves them to declare to palestinian Arabs “American Jews are with you?” 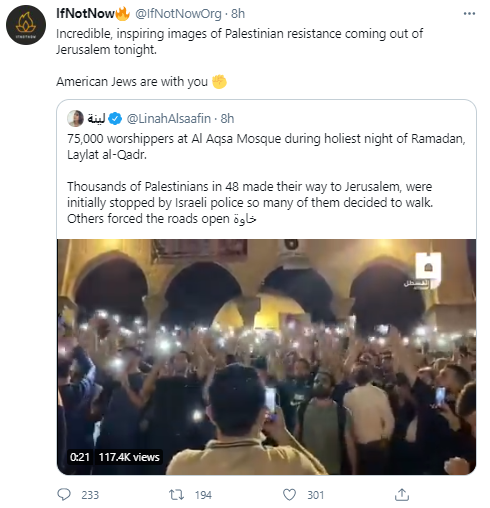 Here’s a translation of these “inspiring” chants:

Maybe if I remind IfNotNow just how many Arabs living in the Tel Aviv Jaffa area, their inspiration may wane somewhat.

Thankfully, IfNotNow do not speak for American Jews, let alone any people with a basic sense of morality.