You Clearly Can’t Get Anything Past Facebook! (Except Antisemitism)

One of the images to come out of the recent Operation Guardians of the Walls was this incredible photo from Getty Images, showing the Iron Dome in action against rockets fired by terrorists in Gaza:

Some creative individuals used Photoshop to create their own versions of this. 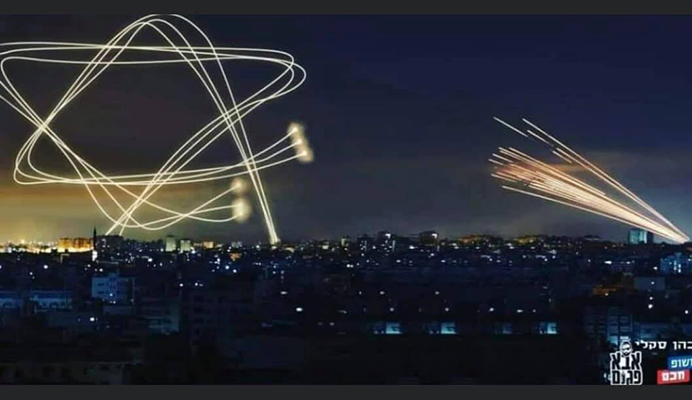 It would be safe to say that no-one could mistake either of these images for being authentic; they are clearly photoshopped versions of the Getty Images version, designed to express pride in Israel’s defense capabilities.

But try telling that to Facebook, who felt the need to flag the first image as being altered.

From the translated Independent Fact Checkers article to which this links: 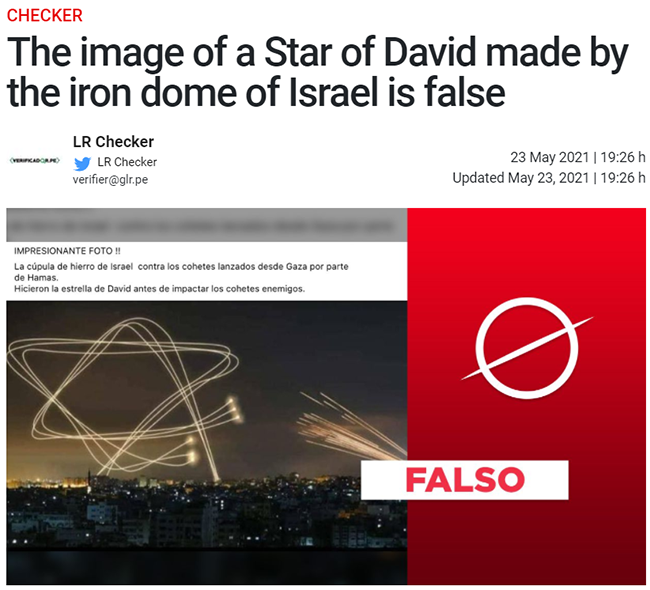 However, this is false . Although the original photograph does show the iron dome in action towards the launched projectiles, it does not draw the aforementioned symbol of Judaism in the sky. Despite the adulteration of the image, it has been shared more than 370 times and reproduced in various publications.

“Impressive photo”, the post begins. Then he continues: “Israel’s iron dome against the rockets launched from Gaza by Hamas. They made the Star of David before hitting the enemy rockets. ”

Verificador de La República ran a reverse image search and found that the original photograph did not present a drawing like the one exposed in the viral publication. It was also confirmed that the image was captured by photographer Anas Baba for Agence France-Presse (AFP)

The image of a supposed drawing of the Star of David made by the iron dome of Israel is false. It is an adulterated photograph, although the original file does correspond to the context of the Israeli-Palestinian conflict in the Gaza Strip. Therefore, we rate this post as fake.

Doctored? No shit Sherlock! Now get to work cracking down on the Jew-hatred flourishing on your platform.