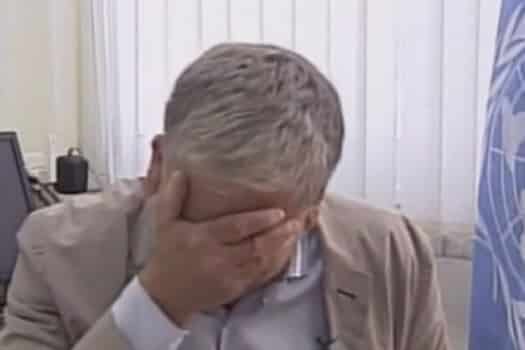 UNRWA is deeply concerned about actions by parties to the conflict during recent hostilities in Gaza that caused damage to its installations and violated its inviolability and neutrality.

With no advanced warning, between 13 and 15 May 2021, the Israeli Air Force conducted strikes that caused damage to UNRWA installations, most notably to the UNRWA Zaitoun Preparatory Boys’ School “A” and Elementary Boys’ School “A”. This included the school inner compound yard, which was struck by two missiles, contrary to the inviolability of UNRWA premises and despite the schools being designated as an emergency shelter for civilians during the 11-day escalation. The strike calls into question respect for the fundamental principle of inviolability. Thankfully, no displaced persons were inside the school at the time of the strike and no physical injuries were caused.

While investigating how to secure the building from the missiles, a detailed assessment on 31 May 2021 revealed what appears to be a cavity and a possible tunnel, at the location of the missile strike. The depth of the cavity is approximately 7.5 meters below the surface of the school. UNRWA discovered the existence of a possible tunnel in the context of the investigation of the fired missiles. There is no indication of the existence of any entry or exit points for the tunnel within the premises.

UNRWA condemns the existence and potential use by Palestinian armed groups of such tunnels underneath its schools in the strongest possible terms. It is unacceptable that students and staff be placed at risk in such a way.

UNRWA demands that all parties desist from any activities or conduct that put beneficiaries and staff at risk and undermine the ability of UNRWA staff to provide assistance to Palestine refugees in safety and security. UNRWA installations are inviolable, and their neutrality must be respected at all times.

UNRWA calls for the parties to the conflict to act in accordance with international law. Letters of protest regarding this incident have been sent to both parties.

While UNRWA have admitted to the presence of a terror tunnel, note how they bury the lede, so to speak. They only mention it after condemning Israel for the strike, and make sure the entire press release is “even-handed.”

Yet it is clear the only reason the IAF struck the area was because of the terror tunnel!

Besides, the entire UNRWA condemnation of the terror tunnel rings hollow (also so to speak). There have been rockets and other weapons found in their schools, rockets fired from around their facilities, a booby trapped UN health clinic, and even UNRWA terror teachers. So they cannot exactly be shocked by this latest discovery.