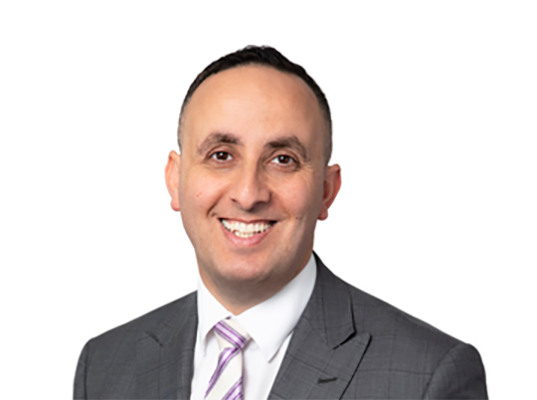 A former real estate agent, Wasim seems to now be an Immigration Officer with the Australian Department of Immigration and Border Protection, according to his LinkedIn page.

While Wasim might be busy, he seems to find the time to post incessantly against Israel, including outright lies and fabricated quotes. And he does this on LinkedIn, no less. 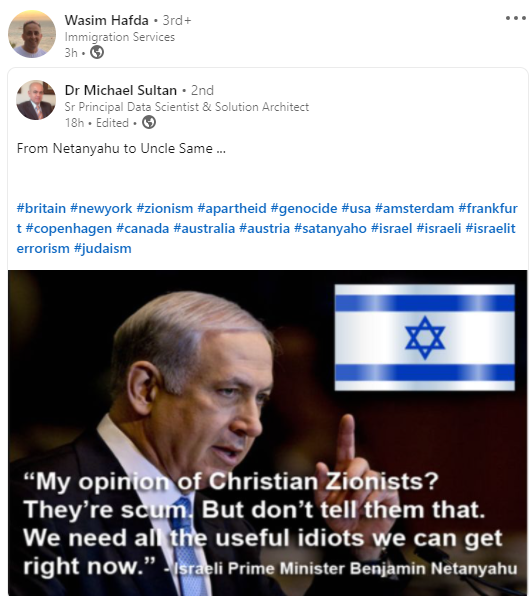 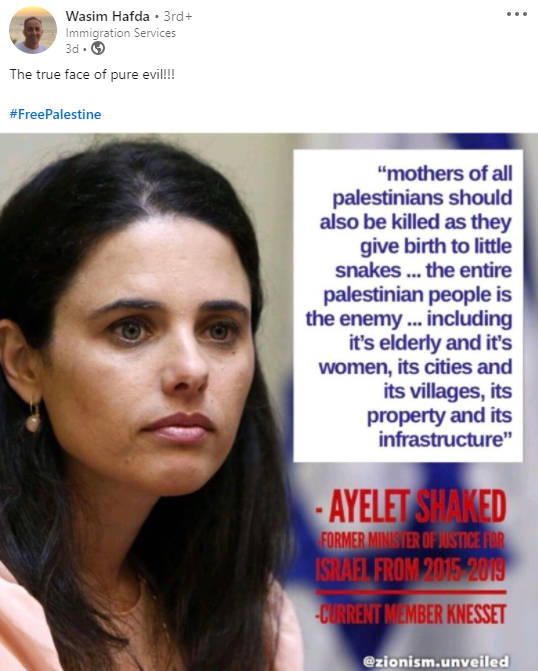 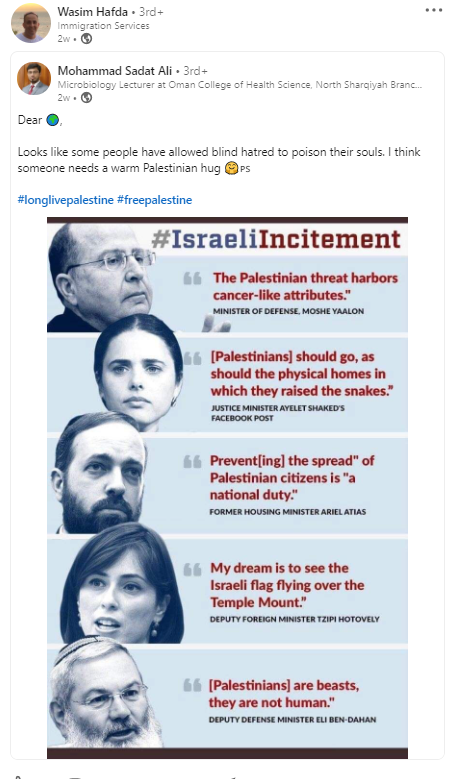 He hates us so much, he sees pure evil and no humanity. 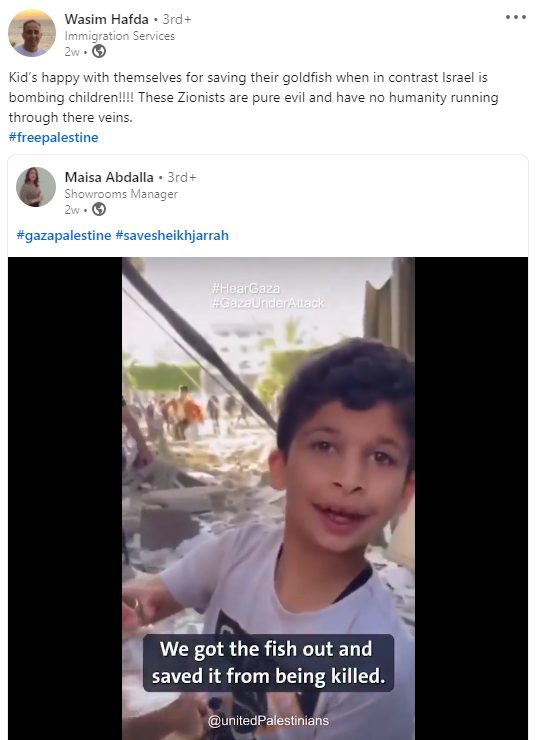 His feed is full of such anti-Israel posts. Yet it does not stop there. Wasim’s posts cross the boundary into unhinged Jew-hatred, spreading tropes like Jews controlling the media 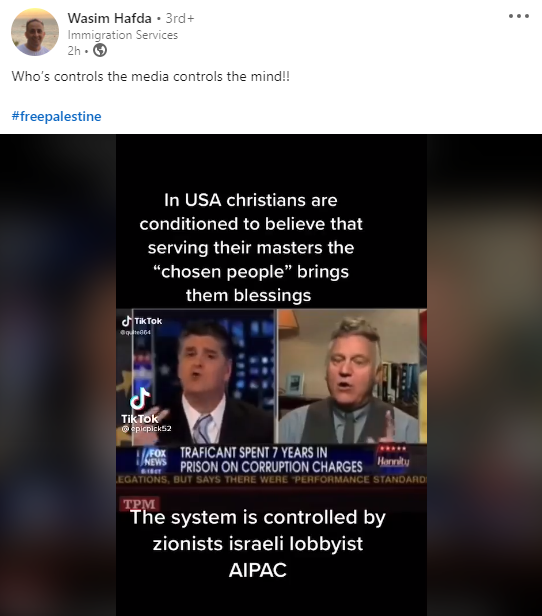 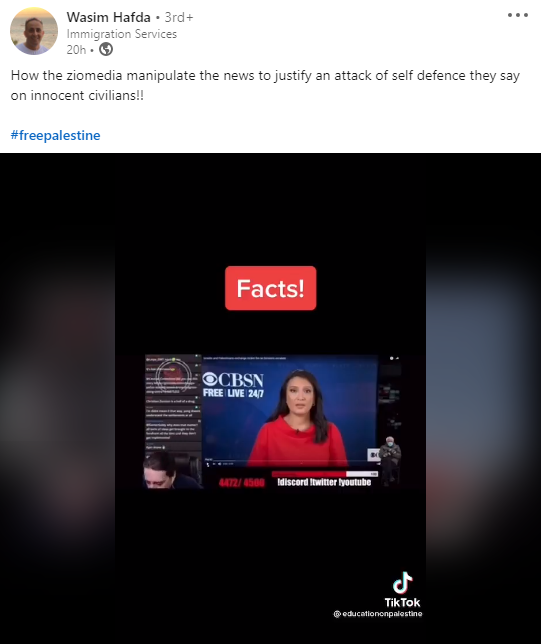 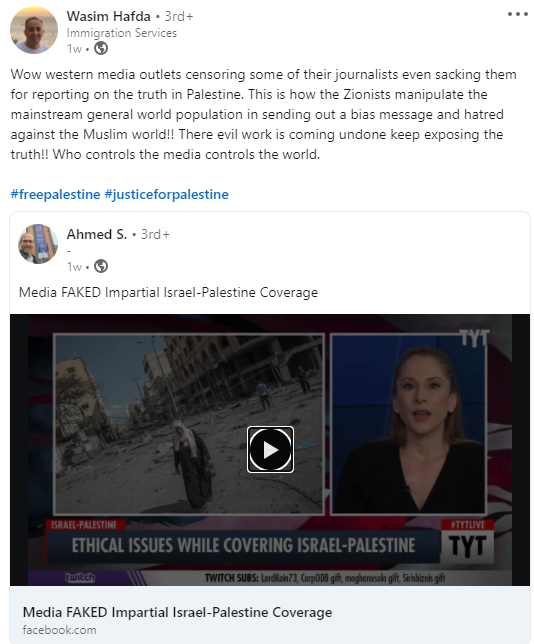 the “Zionists” running the USA 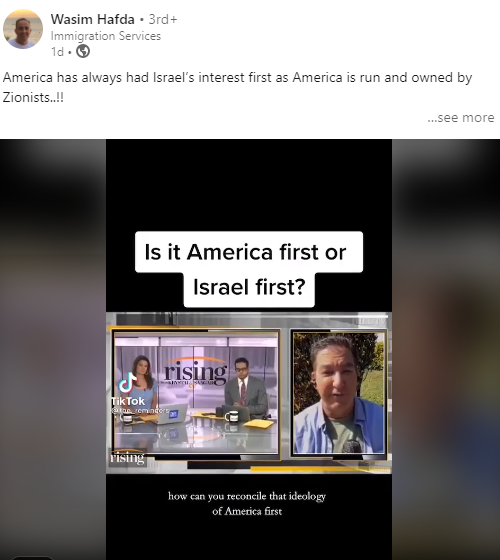 and comparisons between Israel and the Nazis 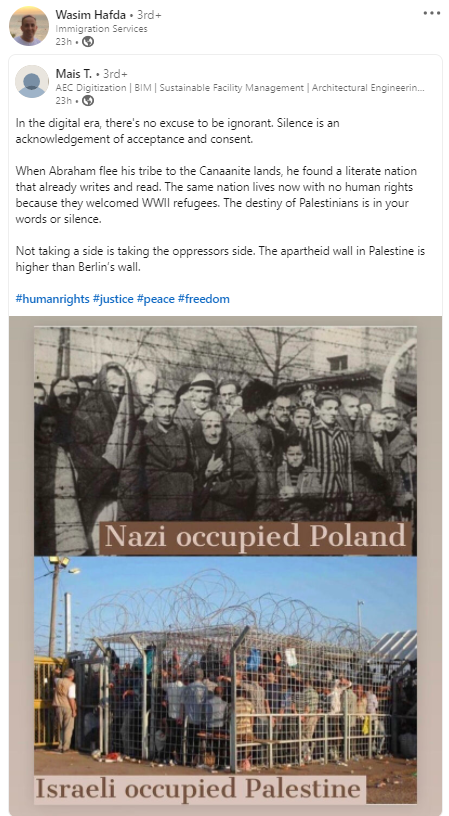 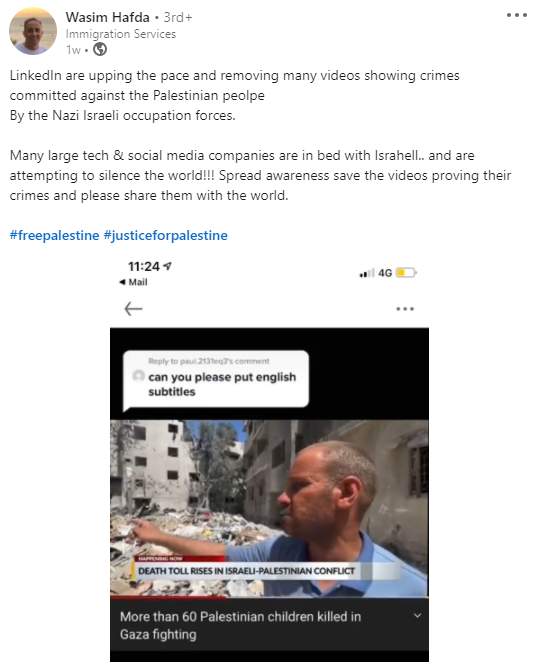 But don’t call him antisemitic. He’ll just claim he is being silenced over his “legitimate criticism” of Israel. 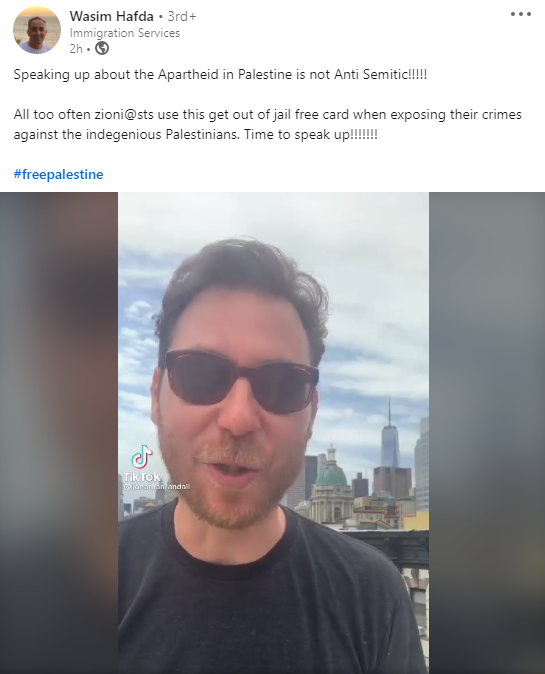 What makes all of this more worrying is that as an Immigration Officer with the Australian Department of Immigration and Border Protection, Wasim might examine travellers’ passports on arrival in Australia, assess applications for working and student visas, permanent residency and claims for asylum. I somehow doubt he could be objective in this role with such vile views. Imagine if an Israeli applied for a visa and it came across Wasim’s desk. And what if a Hamas member did the same?

Wasim, thanks for playing anti-Zionist-Not-Antisemite. Unfortunately, you lose!