Bella Hadid – supermodel, Israel-hater extraordinaire, and spawn of Mohamed Hadid – posted the following on her Instagram: 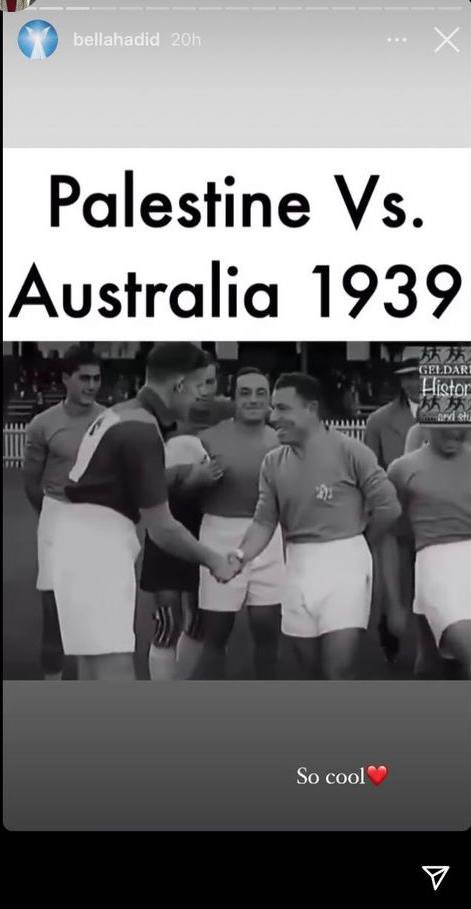 Various Israel advocates have jumped to point out the obvious – that this is the infamous Australia vs Palestine soccer match video from 1939, which (pardon the pun) is a huge own goal for the haters, given the “Palestine” team is Jewish. I even created this video three years ago showing the stupidity of it all :

But for some reason, this has now made the news. I guess Bella Hadid is a linkbait name, although father Mohamed posted the same video just a few weeks ago:

If the media covered every time an anti-Israel celebrity posted something anti-Israel and stupid, they wouldn’t have time to cover anything else.