But what happened immediately after the bout ended shows everyone was a winner. 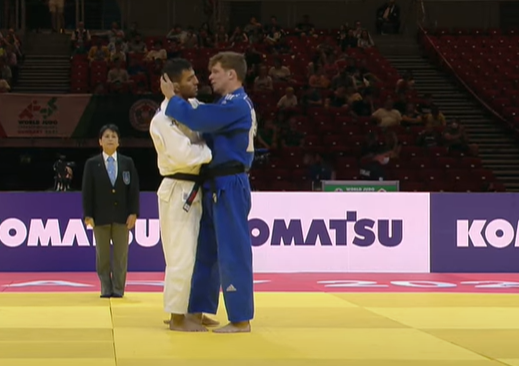 While it looks similar to that other time an Iranian and a Jew kissed,

this time, it is actually heartwarming rather than vomit-inducing.

By the way, in case you are wondering where Saeid’s bestie Sagi Muki was, he was not participating in the competition which opened a space for Gemer to enter in the first place.