Eat Up the Borders is a non-profit that tries to “help bring awareness amongst the immigrant owned business across the Philadelphia communities.”

Their website tells the story of two girls, one dream, and a future for all. 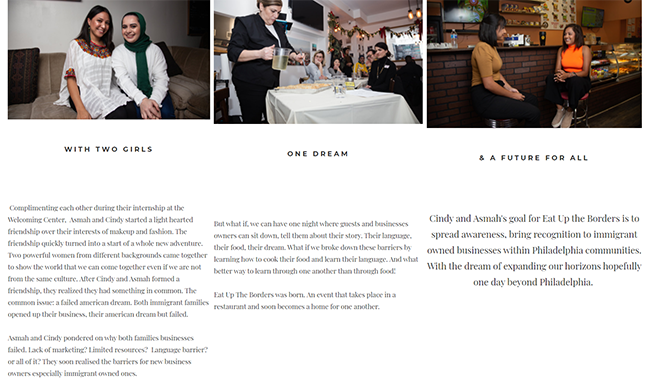 But to paraphrase George Orwell’s Animal Farm, all animals are equal but some animals are more equal than others. That “future for all” does not quite encompass all. 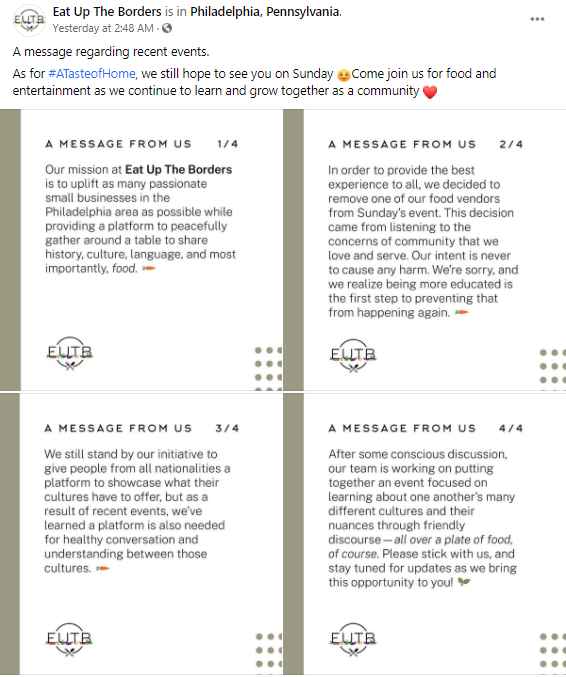 The food vendor they decided to remove is an Israeli food truck, who have responded on Instagram with class and dignity:

As you can see, Eat up the Borders seem to have given it to fear. Here is more from one of their reps: 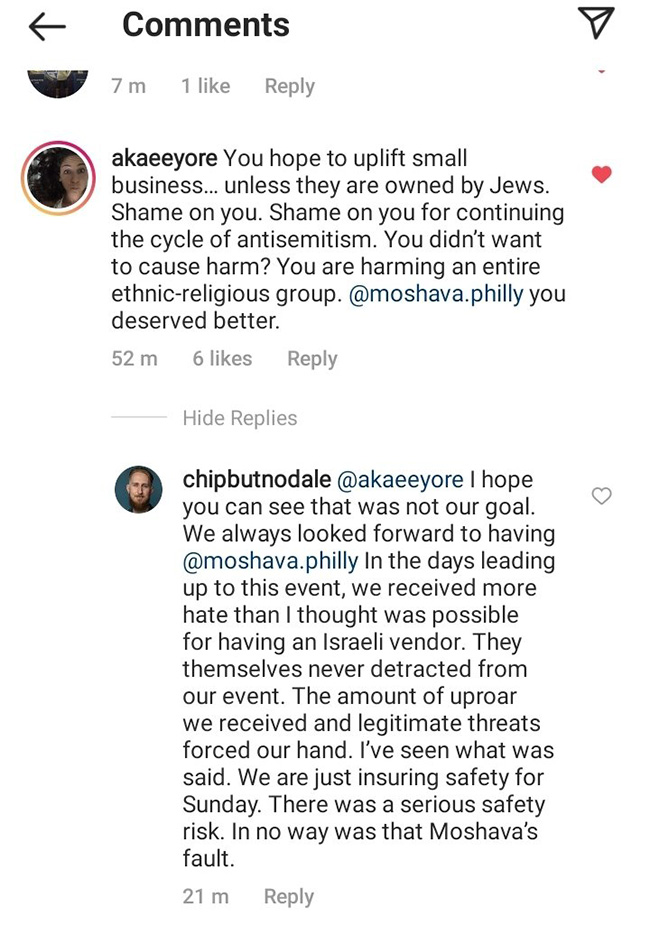 Of course, that is the generous view. There is a chance they themselves agree with the haters, and are using this as an excuse.

Once again, when it comes to ‘intersectionality,’ all minorities seem to be welcome except for one.

Update: They now seem to have removed their Facebook page.

Update: The event has now been cancelled.

Tags: Eat Up the Borders