Organizers Cancel Event From Which They Had Previously Excluded Israeli Vendor

Now Sunflower Philly has announced the cancellation of the event entirely. 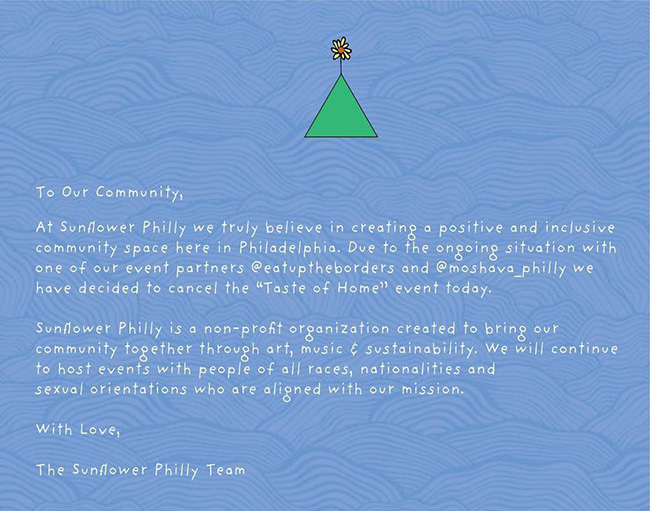 While a better decision would have been to have held the event and not exclude anyone, this is at least better than holding it while excluding Moshava Philly. Nevertheless, writing “Due to the ongoing situation with one of our event partners” almost sounds like they are blaming them.

It also sends the message that bullying and intimidation will work.