The latest: another piece of ‘Rubble Propaganda’, combining the palestinian propaganda penchant for placing toys and children in rubble.

A youth initiative in Gaza held a gallery on the rubble of houses, honoring 97 children, killed by Israeli strikes.

“If we stopped dreaming” initiative organized the gallery on the rubble of the Saqqas’ house. Israeli airstrikes have completely demolished the house during the latest aggression on Gaza.

The gallery contained pictures of 97 children that the Israeli strikes killed. Also, figures of an Israeli jet throwing a bomb and keys, representing the right of return.

The house was a four-story building, which used to be the home to nearly 70 citizens including women ad children. All of them are now homeless after Israeli strikes demolished the building.

The recent Israeli aggressions on Gaza and the West Bank left 290 victims, including 69 children, 40 women, and 17, as well as, over 8900 injuries. 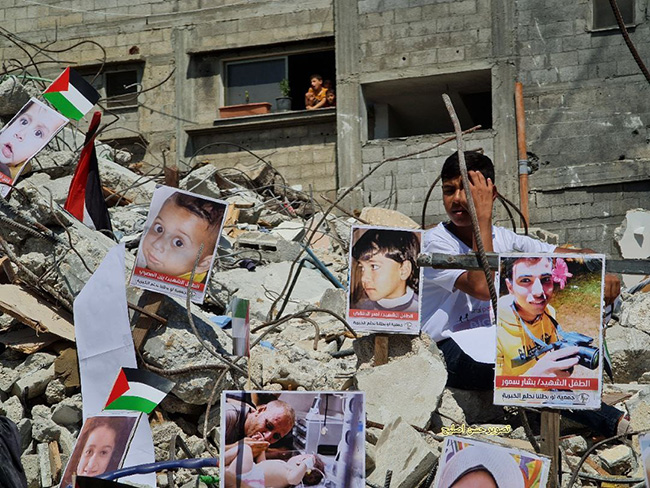 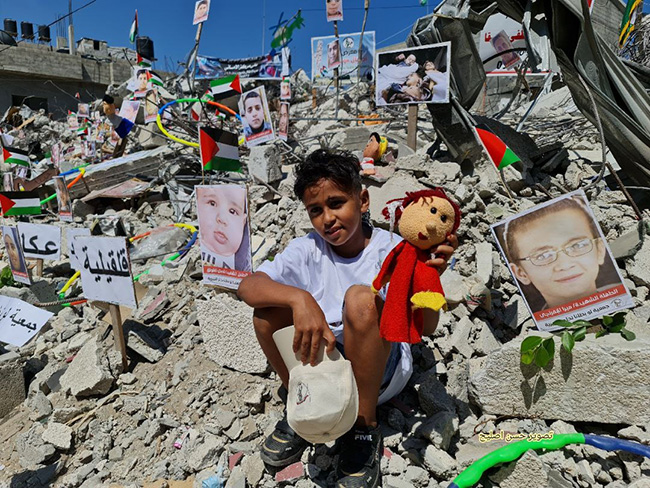 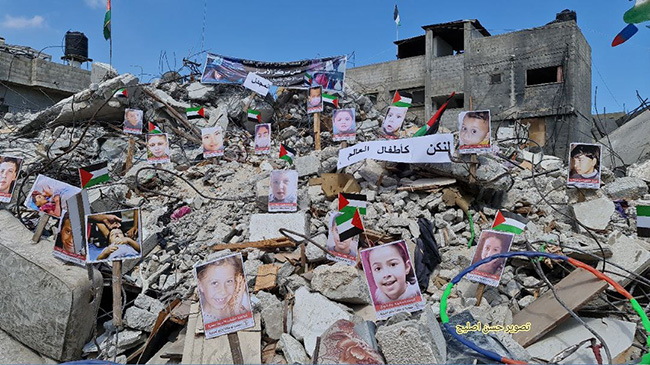 Note how the “gallery” is supposedly honoring 97 children “killed by Israeli strikes”, yet they then speak about the number being 69. Which is it?

Whatever the actual number, what is clear is that they are not just displaying photos of kids killed in Israeli strikes but also those killed by Hamas’ faulty rocket launches. In the below photo, the child circled was most certainly killed in this way. 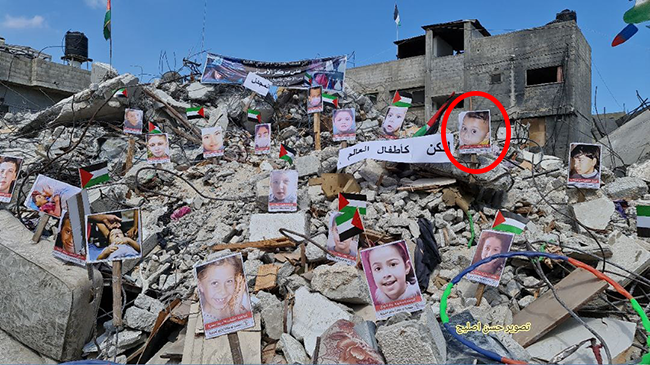 Which means, no doubt the other child casualties of Hamas rocket malfunctions were on display, being passed off as victims of Israel.

Clearly, Hamas did not admit to their mistakes nor apologize for them. Instead, they used them to further increase hatred of Israel.