Yesterday, I posted how (one of) Iran’s Israel annihilation clocks had stopped working because of the power outages in the country.

Rest assured, this is not being blamed on us.

President Hassan Rouhani apologized to Iranians on Tuesday over massive power outages during a heatwave that have drawn widespread criticism and triggered street protests.
Officials have blamed the blackouts on surging demand for power, along with low rainfall cutting hydroelectric output and illegal cryptocurrency mining farms accessing subsidized electricity.

“I apologize to our dear people who have faced problems and suffering in the past few days and I urge them to cooperate (by curbing power use). People complain about power outages and they are right,” Rouhani said in remarks carried by state TV.

“The Energy Ministry is not at fault… but the minister should come and explain to the people what the problem is and we have to find a solution.”
Angry residents gathered in several cities to protest against the outages, which often did not follow blackout schedules announced by the state-run electricity companies, according to Iranian news outlets and postings on social media.

I am surprised; I fully expected them to at least blame the low rainfall cutting hydroelectric output on our cloud-stealing escapades.

Meanwhile, some good could come of all this:

Protests turned political in some areas, with people chanting “Death to the dictator” and “Death to (Supreme Leader Ayatollah Ali) Khamenei” and other slogans during blackouts, according to videos posted on social media.

More chants of "Death to Khamenei" tonight in Shiraz over power outages in #Iran. The int'l community obsessively focuses on reviving a stale nuclear deal. But regime mismanagement, abuses, & prioritization of terror proxies over its people continue with impunity. pic.twitter.com/LbcCOU2MHM

Looks like the annihilation clock may need a facelift when brought back online: 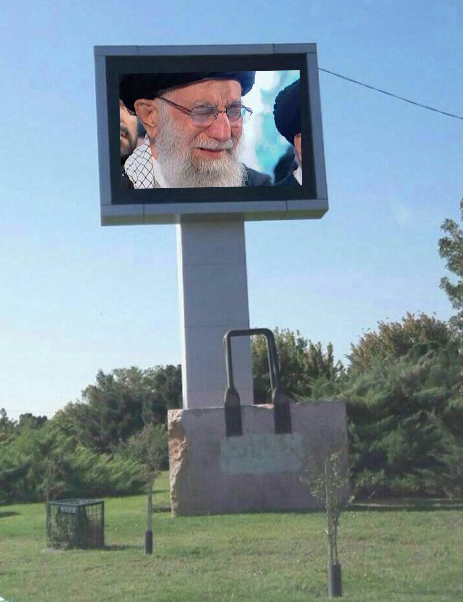