No One Praised The Murders In Oregon

There’s this one party we’re invited to every year, my husband and I, and we really look forward to it. The food is good and the crowd is all the sort of people we like to hang with. So there we were in the Sukkah, and there’s a rabbi giving a D’var Torah and I’m totally ADHD and just can’t control the impulse to check my phone.

That’s when I see the horrible news about Oregon. I’m like in shock. I look around the table at the guests and realize I shouldn’t say anything about what I’ve just learned. Why spoil their evening?

I go to put my phone out of sight (and hopefully out of mind) when I see that my girlfriend is messaging me with some choice curse words. That’s our relationship. She vents to me about the horrible things in the news with colorful language, and I listen.

“The shomron
Couple killed four kids in the car
shooting”

I put my hand over my mouth to stifle the gasp. “Link?” I type.

And we cross in cyberspace as she relates to the mention of the terrible shooting in Oregon.

“I was out for a little while….just now checking the news.

She sends me the link about the shooting in Samaria. I read. My heart sinks. I look around the table. I’m thinking, “This is like the Fogels. It’s even in the same area,” but it’s surreal.

This is such a horrible, horrible thing and no one at the table knows about this but me.

Two parents shot dead in front of their four small children, the youngest four months old, the eldest nine years. The mother dead instantly. The father, mortally wounded, struggling to open the car door to encourage his children to flee from the murderers.

The murderers return to the car to make sure the parents of the small, Jewish, likely screaming children, are dead.

I take in the details on the tiny screen of my smart phone as our host describes the special quality of the happiness that accompanies the Sukkot holiday. There are platters of roast beef on the table, and tinsel hanging from the ceiling.

The children in the backseat.

The CHILDREN in the backseat. Watching. The nine year old, thinking he must somehow do something as the oldest, not by choice, but by some awful decree, a sharp finger of evil, demarcating his life into before and after forevermore.

Forevermore this holiday will be stained. Were they on their way home from a pleasant family trip? Sukkot, the Festival of Booths, Chag L’Hashem, “God’s holiday,” will always be the holiday when they are challenged to find joy at a time they associate with evil men shooting their parents in cold blood, in front of them, and they are only babies and then the men come to see, and then leave and the children are all alone. Screaming, crying.

Because they are Jews.

And rumor has it that in Shuafat, a neighborhood in Jerusalem, the Arabs were shooting fireworks in celebration of the killing of two Jews in front of their small children.

And Hamas released a statement saying how pleased they were that the “operation” had gone so well. A “heroic operation,” they called it.

And Ali Abunimah tweeted that two “Israeli colonists” had been killed. With no context. No mention of the little ones who saw it all unfold in front of their eyes. The murder of their parents only because they were Jews. Jews who lived in Samaria. The place the Bible talks about. Part of the Promised Land. Given to the Chosen People.

Chris Harper Mercer was deranged. A loner. “He said, ‘Do you have God?’ He said, ‘This won’t hurt much,’ or ‘This won’t hurt for long.’” He shot people, categorized them according to the voices in his head: “The shooter was lining people up and asking if they were Christian. If they said yes, then they were shot in the head. If they said no, or didn’t answer, they were shot in the legs.”

One man. One pathology. The sick ideology of a single person. Gone with one bullet, or several, but gone from this world for good.

Meanwhile in Samaria, the Henkins are murdered for being Jews in the Promised Land, in front of their small children, in a concerted operation, on the same day that Bibi stares down the UN for 45 seconds over its utter silence in the face of Iran’s threats toward Israel, 70 years after the Holocaust and its 6 million dead (!) dead for being JEWS, and as the world body that is the UN, issues resolution after resolution, the whole world against the tiny Democratic State of Israel, but says not one word against Iran, but promises to help it get money which it will use to kill Jews.

What you have here is concerted evil. Orchestrated not by one lone gunman but by the world. Against one people: the Jews.

Here is a fact: dead people are ultimately dead. Eitam and Na’ama Henkin are every bit as dead as the dead in Oregon. Death is death. Death be not proud. They grieve no less in Oregon than we are grieving here in Israel. 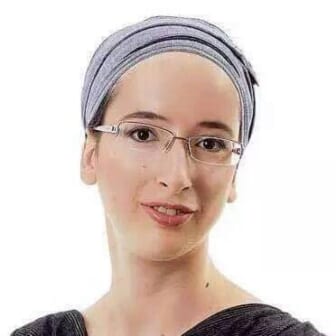 But there is one difference between the ten dead in Oregon and the twin deaths of Eitam and Na’ama Henkin and this is it:

No one shot fireworks in celebration of the shootings in Oregon.

And no one praised the tragedy in Oregon as a job well done.

And four children are marked from this day forward with the certain knowledge that they are not random folk in a deli.

That they and all Jews are marked forever. And that it could happen again.