80 Years Later, Australia vs Palestine Soccer Match Looks Like Something Else Entirely

Australia has defeated “Palestine” 3-0 in an Asian Confederation Cup match.

But unlike the 1939 Australia-Palestine match, the Palestine team now represents something else entirely.

On Wednesday the Australian Jewish Association [AJA] issued a press release calling on the Football Federation of Australia [FFA] not to hold the match “as Palestine is not a country recognized by the international community,” said the AJA.

Meanwhile, the Jerusalem Post has an interesting choice of photo for the story. 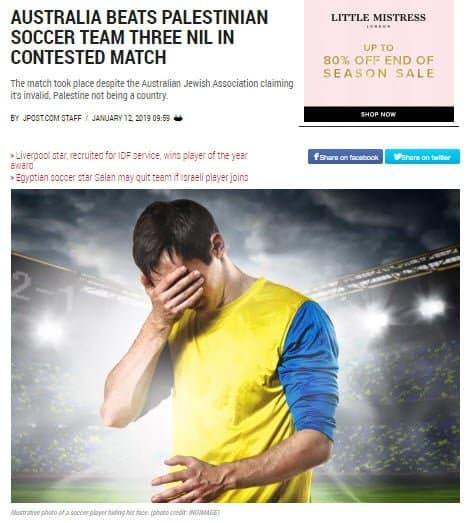 I wonder what they are trying to say.