For a while now, I have documented the Israel-bashing escapades of the Jewish Forward (and its staff). And true, they have set foot in to antisemite territory on occasion (see the banner to this article for example). But I don’t recall seeing something quite as blatantly antisemitic as this piece: The 15 Women You’ll Meet When You Date Jews In New York.

It is hard to believe anyone thought this was a good idea.

Here’s a sample (screenshots since I assume they will delete the article). 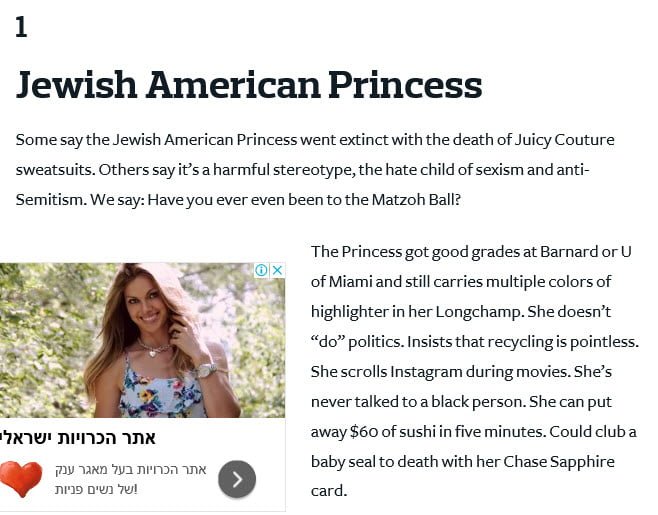 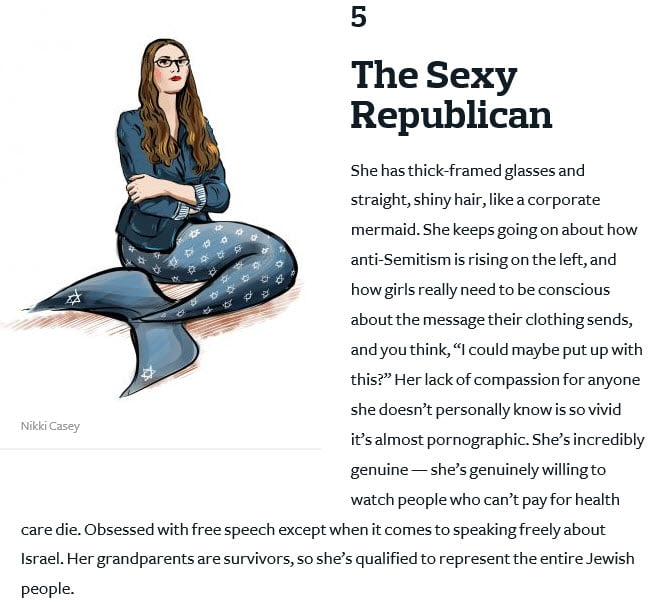 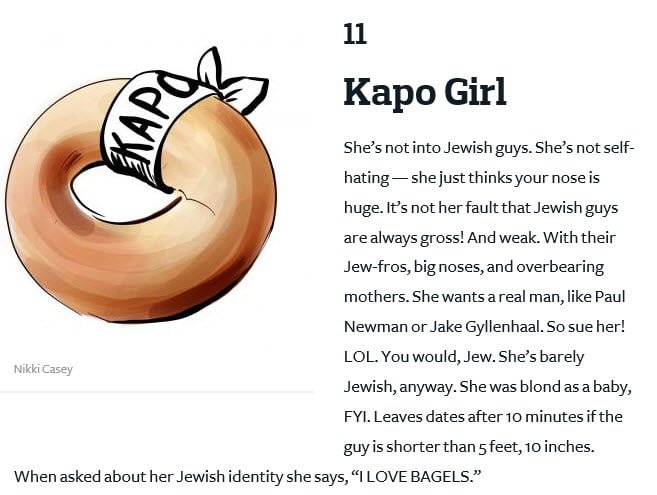 This is the simply one of the vilest things I have seen from a Jewish publication since the Tablet’s infamous The Specifically Jewy Perviness of Howard Weinstein.

There is more than enough Jew hatred in the world, without Jewish publications adding to it. I will repeat my call for the Forward to call it a day and disappear in to the night.