Yesterday, I posted some of the vile social media posts by antisemites and Israel haters on International Holocaust Remembrance Day. 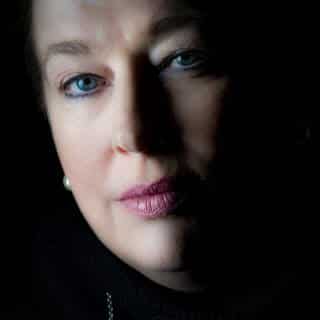 An anti-Israel activist has been accused of using Holocaust Memorial Day to “whitewash previous promotion of antisemitism” after she spoke at an event in Newcastle.

Yvonne Ridley, a journalist who has previously called for Zionists to be “hunted down” and accused Israel of exploiting the Holocaust, appeared alongside a local Labour MP and a host of other speakers at Newcastle College on Friday.

The memorial, co-ordinated by the local branch of the University and College Union (UCU), used official Holocaust Memorial Day material, and used its name and logo in social media promotions.

It is believed that Newcastle Unites, a left-wing community group, also had involvement in the coordination of the event.

Liz Twist, the MP for Blaydon, later said the decision to appear alongside Ms Ridley was a “mistake”, expressing regret for “the distress it has caused the Jewish community”.

Ms Ridley, a frequent guest on Press TV, has previously described Israel as a “disgusting little watchdog of America that is festering in the Middle East”, and has repeatedly compared it to the Nazis.

“It is an abuse of Holocaust Memorial Day to cause distress and offence to Holocaust survivors and to members of the Jewish community, to use it as an opportunity to whitewash previous promotion of, or tolerance of, antisemitism and Holocaust distortion.

“On Holocaust Memorial Day, it is important to remember those affected by genocides which took place after the Holocaust too, and the day is an opportunity to sensitively and appropriately reflect on contemporary intolerance, hostility and identity-based prejudice.”

Gabe Milne, the president of the Sheffield University Jewish Society, tweeted on Friday: “Yvonne Ridley is an antisemite. It’s disgusting that she has been allowed to speak at a Holocaust Memorial Day event.

“It’s awful that [Newcastle College UCU] invited her and I’m really disappointed that [Liz Twist] has shared a platform with her.”

I have posted about Ridley a fair bit in the past. To say she is vile is an understatement. In addition to what was mentioned above, she is a Hizbullah fan girl.

And she wants to make Scotland “Zionist free”. You be the judge of what that might entail.

And I get the feeling even Ridley realizes she looks like a Jew hater:

Ms Ridley insisted that she has “never deliberately made antisemitic comments”, adding that “pro-Israel supporters do not like me”.

She said: “They have their views, and I have mine.”