Some bad news for a bad guy: 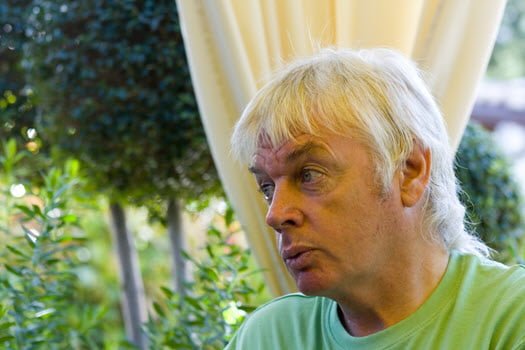 Controversial British conspiracy theorist David Icke has been banned from entering Australia, with the Home Affairs Department cancelling his visa.

Mr Icke believes the world has been taken over by alien lizards, including some who have infiltrated the British Royal family.

He is a Holocaust denier who argues the September 11 terrorist attacks in New York City were a conspiracy theory.

Mr Icke was due to travel to Australia next month, taking his latest speaking tour to Melbourne, Adelaide, Brisbane, Hobart and Sydney.

Tickets to his appearances ranged from $55 to $75.

“Four hours that will change your life, the World’s Most Famous Alternative Researcher has put together a presentation that will blow even the most open of minds,” the tour website said.

“The man who predicted 911, The Banking Crash, Cashless Society, Transhumanism and more, years before they reached the public arena.

Sources told the ABC his visa had been cancelled on character grounds.

Icke has not yet posted about this on social media, and clearly needs to update his Facebook page.

I wonder if he’ll blame this on those pesky shape-shifting lizards. 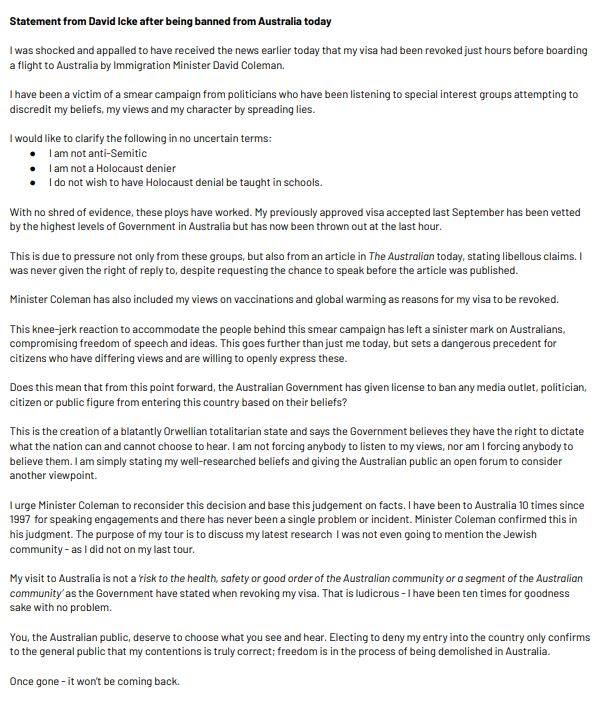 Yup, he actually did claim he is neither antisemitic nor a Holocaust denier.