Yesterday, I posted about and debunked a libel disseminated by The Palestinian Revolutionary United Front Facebook page, which I assumed was referring to Hebrew University Professor Nadera Shalhoub-Kevorkian’s claim that Israel is experimenting on palestinian Arab children with new weapons systems. 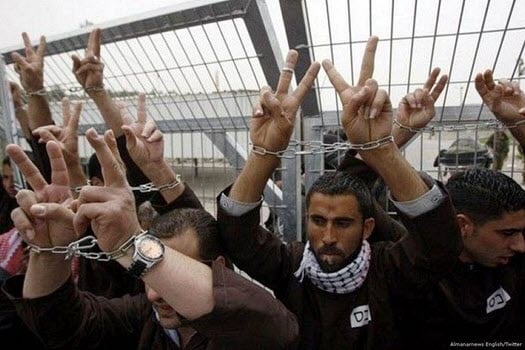 It turns out there is also an actual allegation that we issue permits to large pharmaceutical firms to carry out tests on palestinian and Arab prisoners. Interestingly enough, it supposedly comes from the same source: Nadera Shalhoub-Kevorkian.

The first thing to note is this is being reported only on palestinian/anti-Israel sites. No other report of Shalhoub-Kevorkian’s lecture mentions this allegation at all, including this report, which is rather comprehensive in describing what she spoke about. Had she made this allegation, you’d think it would have been newsworthy enough to be mentioned in the report, alongside the other allegations she made.

Even the palestinian/anti-Israel websites that mention this allegation are unable to quote any of her actual words in support of it. In contrast, they do quote her when it comes to the allegation of using weapons on children. For instance:

The Hebrew University lecturer also revealed that the Israeli military firms are testing weapons on Palestinian children and carry out these tests in the Palestinian neighbourhoods of occupied Jerusalem.

Speaking in Columbia University in New York City, Shalhoub-Kevorkian said that she collected the data while carrying out a research project for the Hebrew University.

“Palestinian spaces are laboratories,” she said. “The invention of products and services of state-sponsored security corporations are fueled by long-term curfews and Palestinian oppression by the Israeli army.”

While I was unable to locate footage or a transcript of the lecture, she has made similar lectures in the past and published papers on the topic of our supposed crimes against palestinian Arabs. Google searches showed no indication of her ever mentioning Israel pharma companies before.

In other words, this is a libel. But let’s be honest – even had she made this allegation, it still would likely be a libel.

And it is not even a new libel; it is a rehash of an old one.

5,000 tests on prisoners
In July 1997, Israeli newspaper Yedioth Ahronoth reported remarks for Dalia Itzik, chairman of a parliamentary committee, acknowledged that the Israeli Ministry of Health had given pharmaceutical firms permits to test their new drugs of inmates, noting that 5,000 tests had already been carried out.

The libel has bobbed up from time to time, including in the Official PA daily, Al-Hayat Al-Jadida in 2014. As PMW noted at the time:

This is not the first time the PA has claimed that former Speaker of Israeli Parliament and MP Dalia Itzik asserted that Israel conducts medical experiments on Palestinian prisoners. Reporting on this libel in 2008, PMW checked with then Israeli Parliament Speaker Dalia Itzik and the Ministry of Health. The following are their responses:
Office of Israeli Parliament Speaker Dalia Itzik: “[Israeli Parliament] Knesset Speaker Itzik never made the statements attributed to her. Speaker Itzik is certain that incidents of this kind do not occur in Israel; this is not how Israel conducts itself.” [2007] Ministry of Health’s Response: “Clinical testing on prisoners in prison was never approved, never performed, and is most certainly not taking place at present.” [2007]

Meanwhile, the libel is spreading like a virus on social media, and even mutating from “Israel is testing drugs on prisoners” to “Israel is injecting viruses into prisoners.”