Earlier today, the UNHRC released a report on the March of Return riots in Gaza. It found evidence that Israel committed crimes against humanity in response to the protests in Gaza in 2018.

But like all similar reports before it, I posit it was aimed at condemning Israel, rather than being an objective analysis. Below are the some of the most egregious examples from the report. 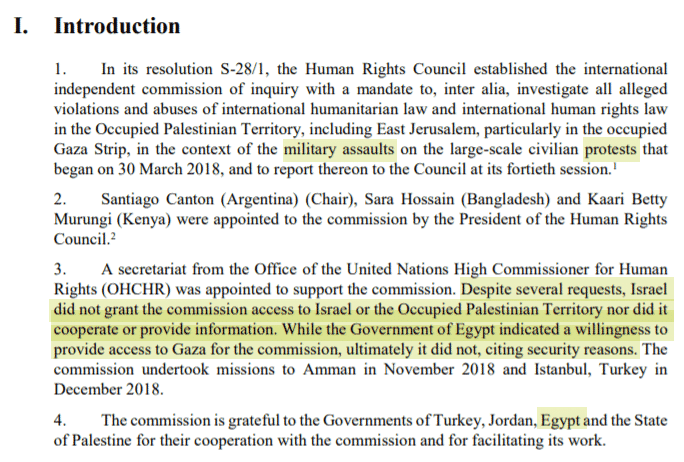 Right from the get-go, you can see this is going to be a heavily biased report. Note the mandate is to investigate all abuses “in the context of military assaults.” That language is already loaded (pardon the pun), and presumes guilt on the part of the IDF. On the flipside, the violent riots are characterized as “protests”, despite evidence to the contrary.

Later on (where most people will not read), the report acknowledges  “some acts of significant violence”, yet still calls them protests here.

Furthermore, the report accuses Israel of not co-operating. But neither did Egypt – for security reasons – which would have been at least part of Israel’s reasoning too. Yet Egypt is still thanked.

This “context” is missing some crucial information – such as the constant rockets fired by Hamas and other terror groups after Israel unilaterally withdrew from Gaza. They make it sound like we imposed a blockade for shits’n’giggles.

While the report here acknowledges Hamas’ statements, I am not sure what they mean by “ambiguous” – Hamas has been very clear.

Furthermore, it was not just Hamas – plenty of rioters themselves have made their intentions known.

The report mentions only 29 fatalities who were “members of Palestinian organized armed groups”. This flies in the face of the 150 identified by the Meir Amit Intelligence and Terrorism Information Center, 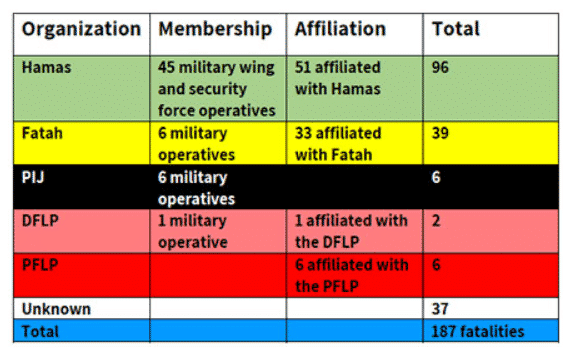 based on real evidence, including self-identification by the terror organizations themselves.

The numbers are not even close.

The report then lists many of the fatalities. For the most part, they are all sound like boy scouts (and girl guides).

According to UNHRC's mind-numbingly fictitious report on the violent riots at the Gaza fence, these were the activities of the terrorists at the time they were shot. How can you tell who spoon-fed them information? pic.twitter.com/3IlRlxKepc

On the rare occasion, they mention an accusation of violent activity by one of the victims, only to make a point of doubting it. 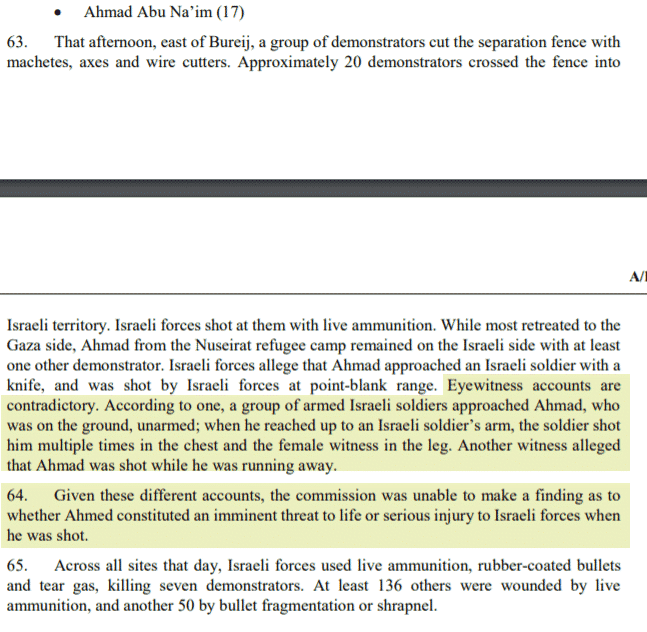 despite the clear evidence he was actually a Hamas terrorist.

Likewise, Razan Najar, who is portrayed as having been hit by a sniper.

This implies a deliberate killing, ignoring the likely accidental nature of her death, not to mention other question marks regarding it.

Similarly, the report lists Yasser Murtaja as a journalist

ignoring accounts in addition to being a media person, he was also an operative in Hamas’ security forces.

And I assume this was a transcription error – although, who knows, given what else we have seen in this travesty of a report.

Meanwhile, at the end of the report, almost all the recommendations relate to Israel. The only obligations related to the palestinians are:

The commission recommends that the de facto authorities in Gaza stop the use of incendiary kites and balloons.

Nothing about ceasing the violent riots, trying to break into Israel, or bringing civilians – including young children and women – to a danger zone.

Can there be any doubt the UN has long proven themselves to not only be useless, but actually a huge part of the problem?