Meet Nazim Ali. He seems to consider himself stylish, with his long hair, Ray-Ban sunglasses…and calling for Israel’s destruction.

He’s also apparently a failure at the whole BDS thing. 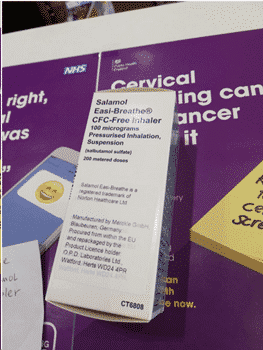 A pharmacy run by the Al-Quds Day organiser who claimed Zionists were “responsible” for Grenfell sells Israeli products, Jewish News has discovered.

Nazim Ali, whose 2017 comments at the annual anti-Israel march in London heralded a long legal fight, is managing director of Chelsea Pharmacy, which was this week shown to stock products from Israel’s Teva Pharmaceuticals.

A visit to the Sloane Avenue pharmacy by an undercover shopper on Monday revealed it stocked Teva products including Salamol Easi-Breathe, which is used by asthma sufferers.

While the marketing authorisation holder is Norton Healthcare Ltd, a Teva UK spokesman confirmed this week that it was a Teva product.

News that Ali’s Chelsea Pharmacy stocks Israeli products will come as an embarrassment to the director of the Wembley-based Islamic Human Rights Commission (IHRC), the principal organiser of the pro-Hezbollah rally.

Oops. Meanwhile, perhaps we should show him what a successful boycott looks like. Nazim is head of the Chelsea Pharmacy Medical Clinic.

If you ever went there or have thought about it, don’t.