Remember Rep. Rashida Tlaib, the first palestinian Arab elected to US Congress? It seems like a long time since she has been in the news, given her fellow Israel hater Ilhan Omar‘s big mouth over the past weeks.

We already knew she has her own antisemitism problem, but we’ve just been dealt one hell of a harsh reminder: it turns out she has been caught by Ashley Rae Goldenberg of Capital Research Center following an antisemitic Instagram account called free.palestine.1948. Here is a just a sample of the filth being disseminated by it: 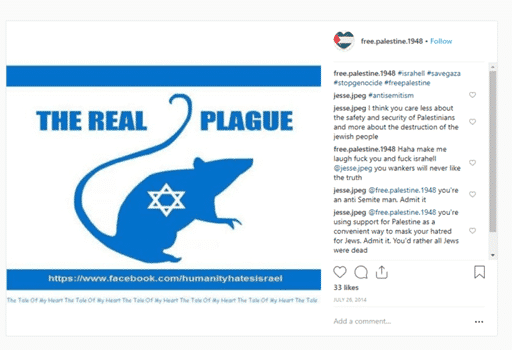 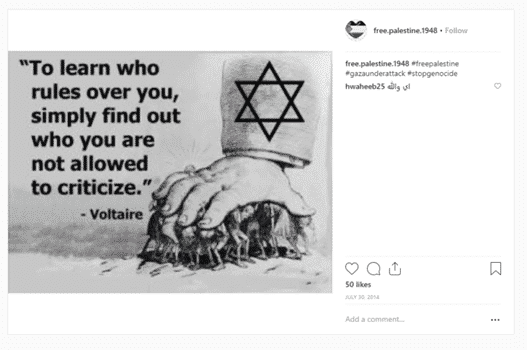 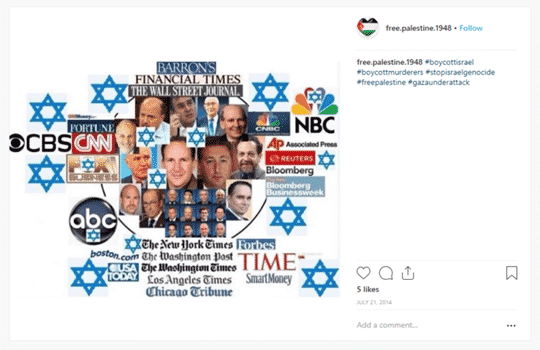 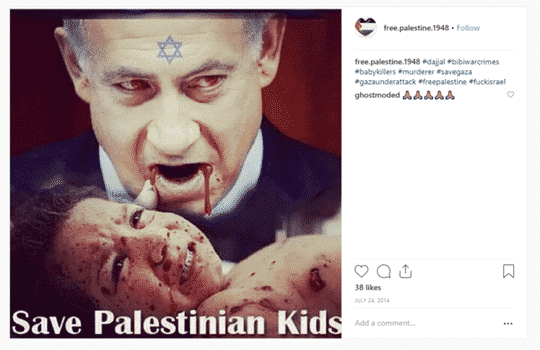 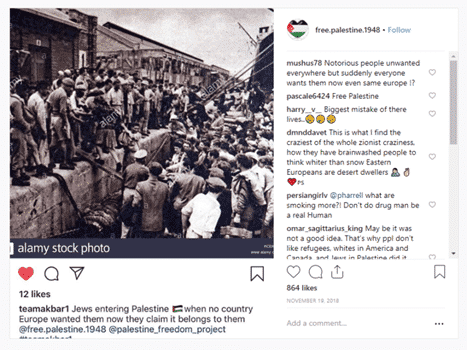 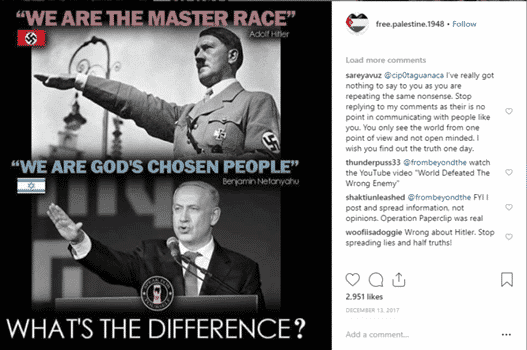 Those who are familiar Instagram will realize unlike other social networks, it is all about the images. It is highly unlikely someone would be on Instagram and follow another account, without being familiar with the material they are putting out.

By the way, this Capital Research Center article did not elicit any response from Tlaib, except for her unfollowing the account after the expose. This, despite her staff being sent multiple requests for comment. So we seem to be dealing not only with an antisemite, but an unrepentant, arrogant one who feels untouchable.

And given recent events with Ilhan Omar, she probably has a point.