Mere days after I exposed her stupidity in posting a video of her interview with a palestinian who blamed most of Gaza’s ills on Hamas and not Israel – and dishonesty in ultimately disregarding what he said – things have continued to go pear-shaped for antisemite Ariyana Love.

Love made it clear, with her responses, that she thinks this clearly humorous, parody account is real. 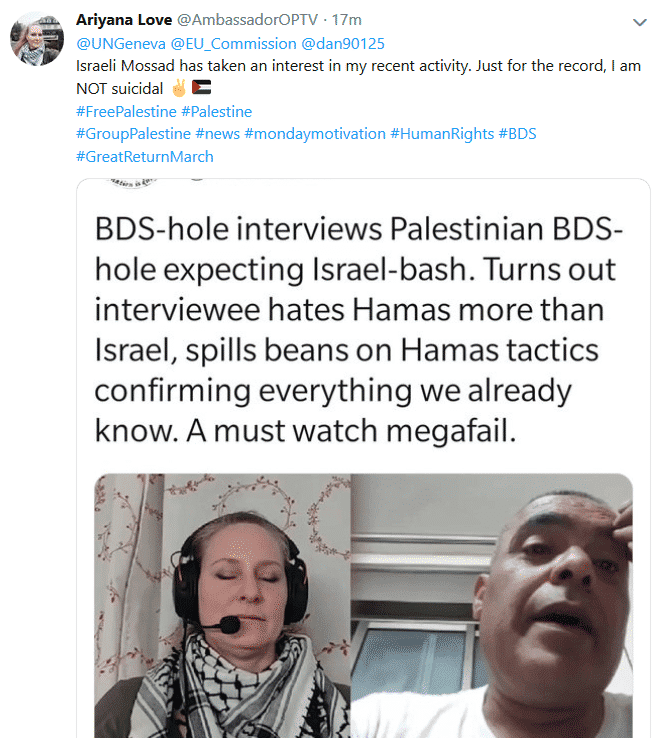 Yes, she really did contact the UN in Geneva and EU Commission.

(Love is not the first hater to believe the parody Mossad account is really operated by the Mossad).

As this tweeter so eloquently put it

My god.
you just admitted to everyone to being fooled by a parody account.
this is after you were shamed in an interview.
shitty week, eh?

Here’s to many more shitty weeks for this shitty person.