In their latest attempt to show they really do like the Jews after all, London Labour posted the following Passover greetings on social media: 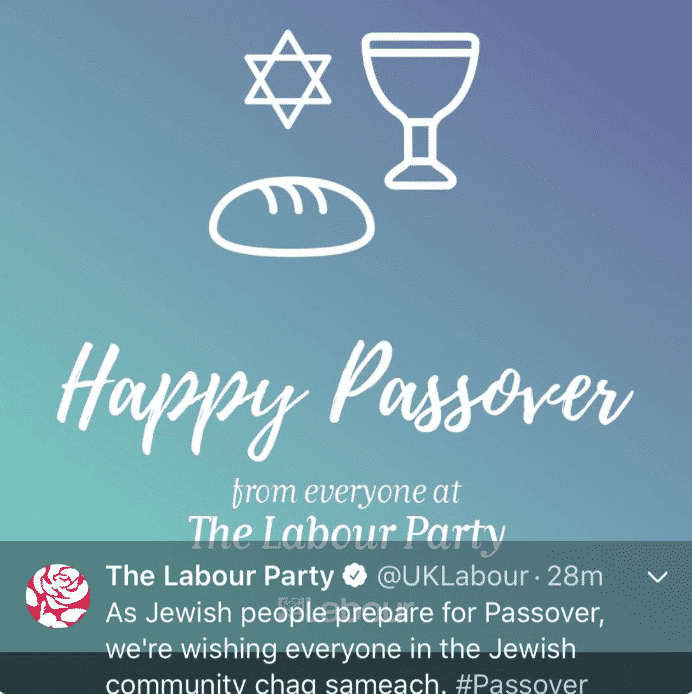 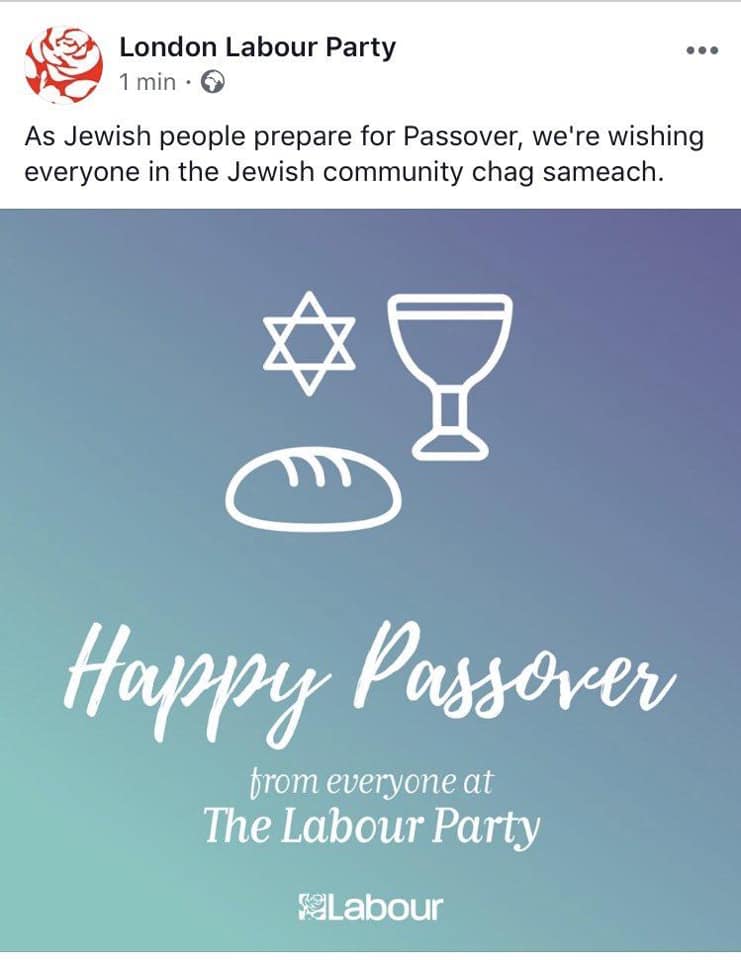 The problem is Jews do not eat bread on Passover.

Being utterly ignorant about Jews and our customs is probably not the message Labour would have wanted to get across.

I wonder whose half-baked idea this was?

As #Hanukkah comes to an end I hope Jewish people in Britain and across the world enjoy their eighth candle lighting and wish them a last Hanukkah Sameach. pic.twitter.com/4JlIhyjqHC