In December 2018, the Australian Labour Party (ALP) passed a resolution – moved by the Shadow Minister for Foreign Affairs – which inter alia ‘Calls on the next Labor government to recognise Palestine as a state…’

In the wake of this worrying development, a group called the Australian Jewish Association (AJA) has sought advice from one of Australia’s most experienced senior criminal barristers with extensive experience  in prosecuting terrorism cases, that the PA is a ‘terrorist organisation’ as defined under Australian criminal law.

Spoiler alert: The PA meets the criteria for being designated as such. 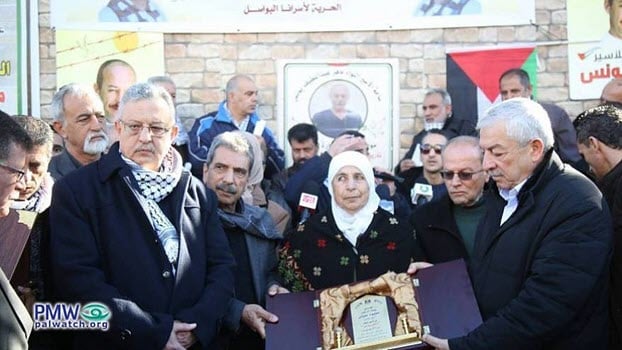 The designation of the Palestinian Authority (PA) as a terrorist organisation would have major implications for Australia’s foreign policy and foreign aid applicable to the Middle East. It would throw into disarray a recently adopted Labor policy to unilaterally recognise a ‘State of Palestine’ as that policy legitimises an entity which meets the criteria under Australian law as a terrorist organisation.

The AJA has believed for a long time that the PA, by establishing its Palestinian Authority Martyrs Fund and by advocating and encouraging terrorism, should be declared a terrorist organisation. We therefore sought legal advice at the highest level which has vindicated this view.

After a detailed analysis of the meaning of these provisions, in very clear and direct language Rapke QC concludes:

‘It is strongly arguable that such payments incentivise, reward and glorify terrorism; when coupled with the public praising of, and recognition given to, terrorists (from a purely evidentiary perspective such conduct strengthens the conclusion that the PA intends to encourage terrorism) the conclusion that the PA is a ‘terrorist organisation’ by reason of its fostering of the doing of terrorist acts seems almost inevitable (my italics).

The AJA is now calling upon the ALP to reverse the policy, if it wins the election, to unilaterally recognise a ‘State of Palestine’ governed by the PA.

“It would be a matter of enormous concern not only to the Australian Jewish community but to all citizens of goodwill were Australia to promote the creation of a rogue state led by a terrorist organisation and to assist it financially.”

“How our Government approaches this issue also has important international significance as many other civilised democracies who share our values may well take their lead from us”.

Bravo to the AJA for this important initiative. Here’s to them succeeding in their goal – if Australia and other Western democracies declare the PA as a terrorist organization, there could be an incentive for them to actually stop being terrorists. As it stands, they are literally getting away with murder.