Many news sites and social media accounts have been reporting the deaths of 14-month-old palestinian toddler along with her pregnant mother, supposedly the result of an Israeli air strike on Gaza.

And the anti-Israel sites have not missed a beat, publishing a steady stream of sickening and exploitative propaganda. 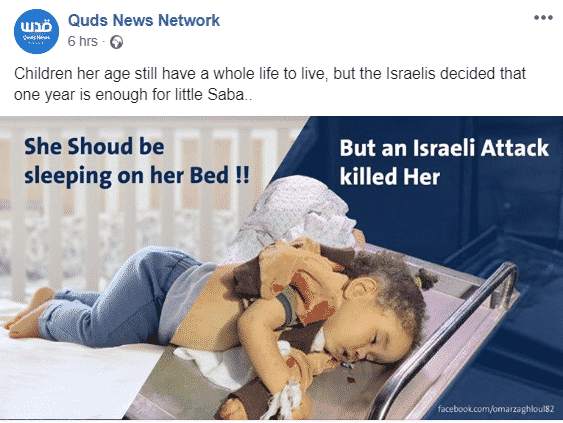 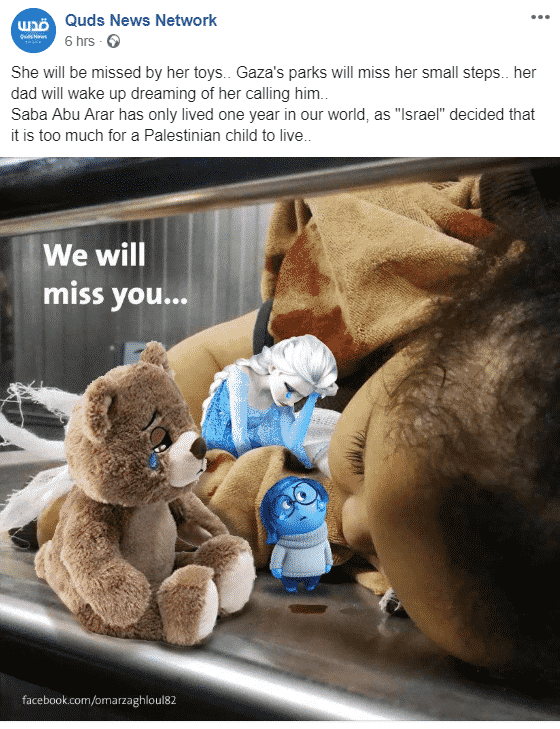 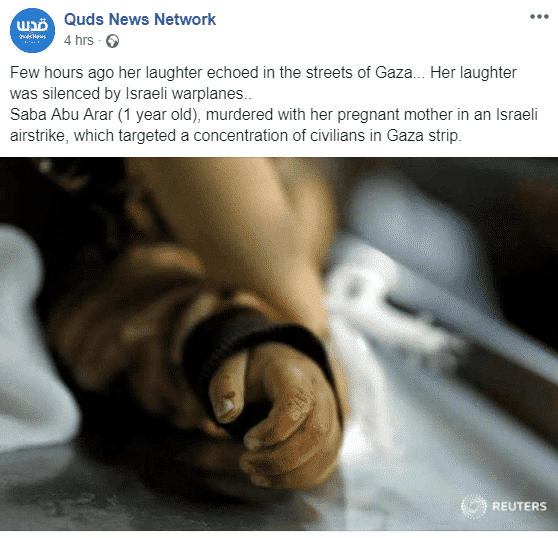 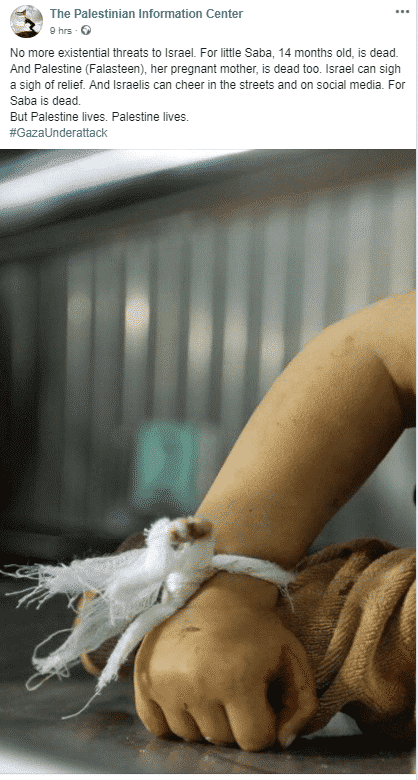 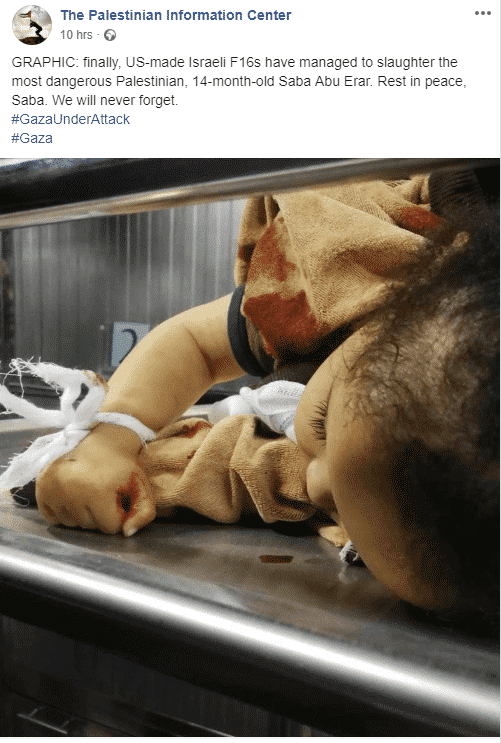 But what did happen to the toddler and her mother?

Perhaps time will tell, but all I know now is there is a strong chance they did not die as a result of an Israeli strike but rather from a Hamas rocket that landed within Gazan territory.

Quite soon after the deaths were reported, there were reports that not all was as Gaza’s Health Ministry had claimed.

The IDF´s spokesperson in Arabic tweeted that there were indications the infant and her mother were killed as a result of terrorist activities by palestinian terrorists and not as a result of an Israeli raid.

The IDF is usually cautious to make such statements, especially so soon after an incident. So this was surprising to me.

Israel’s Consul General in New York tweeted that they were killed due to a rocket that fell short.

Tragically a pregnant mother and her 14 month-old-baby were killed in #Gaza DUE TO A ROCKET FIRED FROM GAZA that fell short and missed its target of Israeli
civilians. As usual, anti Israeli propagandists try to use this Palestinian-induced tragedy to smear Israel.

While not proof in itself, it does raise the very real possibility that they were the victims of a Hamas rocket that missed the mark. And when I also see conflicting reports from the palestinian side, my Spidey senses really buzz.

According to Ma’an and other palestinian news sites, their home was targeted:

A 14-month-old Palestinian toddler was killed along with her pregnant mother, who succumbed to her critical wounds shortly after Israeli warplanes targeted their home south of Gaza City, on Saturday.

But the Express quotes the toddler’s aunt who said something different:

The young victim’s aunt, Ibtessam Abu Arar, said: “The Israeli plane fired a missile near the house and the shrapnel entered the house and hit the poor baby.”

Add to all of this the fact that even the Gaza News Agency, by no means a fan of Israel, tweeted this 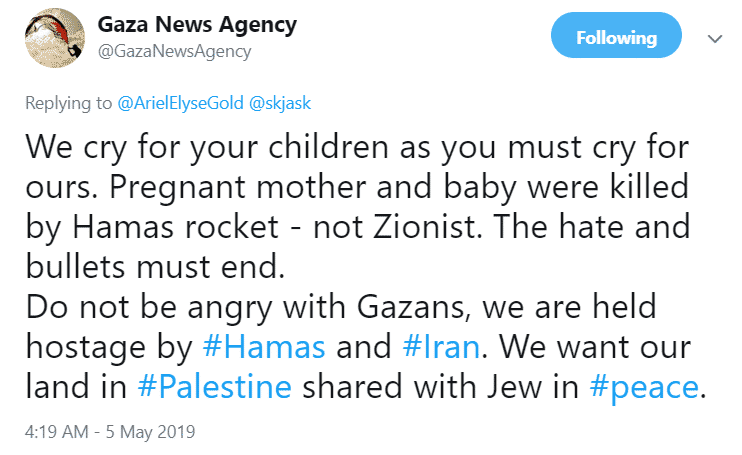 Of course, this would not be the first time the palestinians have falsely blamed Israel for the death of a palestinian baby. For instance, last year, they claimed we murdered 8-month-old Layla al-Ghandour, but it seems she actually died from a pre-existing medical condition.

The moral of the story? Be extremely careful about what you believe from the palestinian side.

Update: The IDF is adamant

NEW: Israeli military says the mother and baby killed in Gaza yesterday were killed by a misfired Palestinian rocket, not an Israeli air strike.

"We can now confirm that they were killed by accident as a result of Hamas fire," an IDF spokesman says.