Earlier this morning, I posted Disturbed singer David Draiman’s glorious ripping of Roger Waters and the BDS movement. I included audio of the interview, which I had uploaded to YouTube.

In case you noticed the video is not working for you, there’s a reason for that: YouTube removed it. 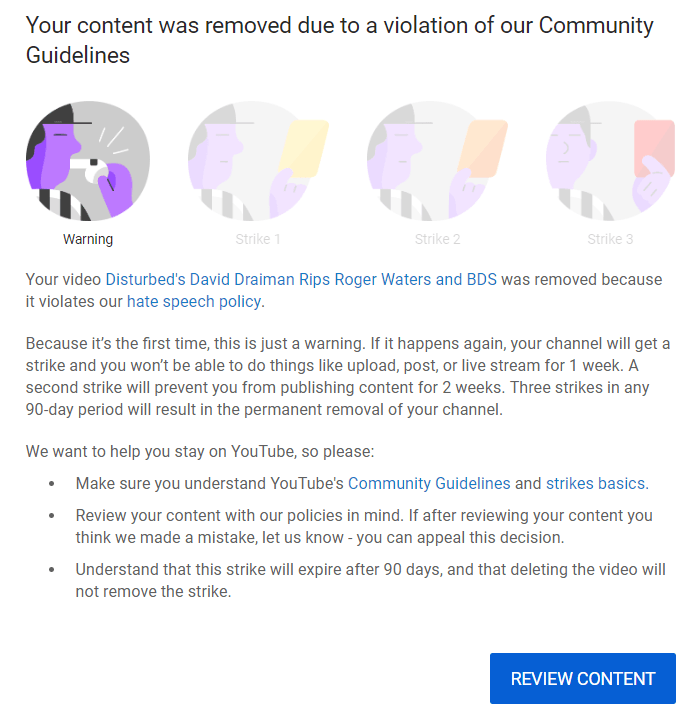 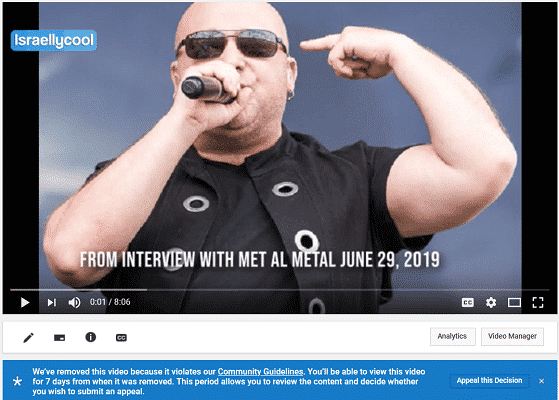 Hate speech is not allowed on YouTube. We remove content promoting violence or hatred against individuals or groups based on any of the following attributes:

Nothing David said in the interview falls under this.

In the meantime, there are countless antisemites and racists on YouTube engaging in actual hate speech on a regular basis, free of consequences. Heck, this includes Roger Waters and the BDS movement, about whom David was speaking!

I have appealed YouTube’s decision and hope to be able to post a positive update in the very near future.