You already knew Disturbed lead singer David Draiman was a huge supporter of Israel and not a fan of rock-n’roll BDShole Roger Waters. (If you didn’t, read my interview with him!)

In an interview with Israel’s “Met Al Metal” radio show, as reported by heavy metal and hard rock news site Blabbermouth, David has spoken out loudly in defense of the Jewish state, and ripped the BDS movement, coming up with some of the most delightful words about Roger Waters you’ll ever hear.

“At the end of the day, whether you agree with all of the policies of the current Israeli government or not, you can’t hold an entire nation and an entire people and an entire society liable. I think that Israelis, like most people on the planet, just want to live their lives in peace. If the opportunity really existed for it, we would jump at the chance — all of us would. But you need to have a partner for peace, and the administration on the Palestinian side hasn’t been a partner for peace since there’s been a Palestinian people. So it takes two to tango.

“And besides, even from a purely philosophical perspective, what do you achieve with boycotting a country or a people? Is that a way to actually foster real change? You’re not gonna get anywhere. The only way to foster change, to bring people together is not by creating greater separation and demonization. It’s by building bridges, it’s by having dialogue, it’s by exchanging a culture and ideas.

“The whole notion that, oh, this one country in the entire world, when you have countries like China and Russia and countries throughout the African continent and the South American continent that are committing the gravest atrocities in the modern day, that are completely anti-LGBTQ, have no real concept of real human rights, have brutalized their citizens, have massive corruption, are some of the most evil dictatorships in the world,” Draiman added. “But the one true democracy in the Middle East, the one country that has the largest pride parade in the entire Middle East, the one country that is continually accused of apartheid yet has Arab-Israeli citizens sitting in the Knesset [Israeli parliament] is put on the chopping block by these modern-day Nazis.”

Asked if he has been approached by the BDS about DISTURBED’s upcoming concert in Israel, Draiman said: “They wouldn’t dare approach me. They know better. I’ve been very, very vocal over the years of what my heritage is, where I come from, how much family I have in Israel and how supportive I am of Israel. I think that they

know that they’d be barking up the wrong tree. Don’t get me wrong — I’ve had a few social media interactions and some e-mails here and there from some lovely people who decide that they think that a bunch of negative jargon can go ahead and shake me in any way, shape or form, but it can’t.”

Draiman also directed much of his venom squarely at Waters, one of the most vocal advocates of a cultural boycott of Israel, whose view of the Middle East changed after a 2006 trip to Israel, where Waters played a gig at the end of the European leg of his “Dark Side Of The Moon Live” tour. 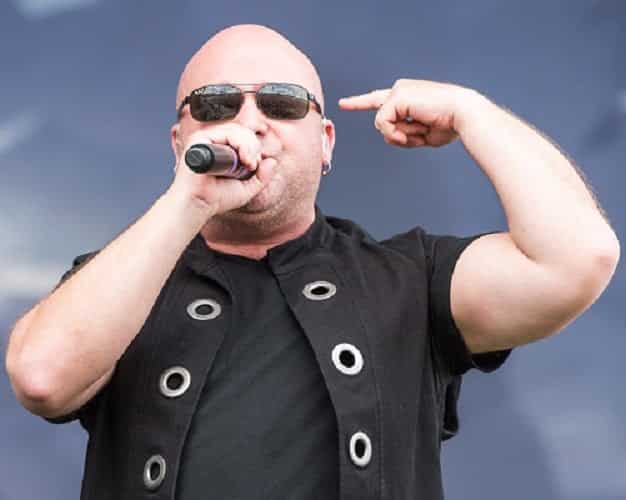 “The man is so delusional, the man is so wrapped up in his own psychosis and his own hatred disguised as this quote-unquote BDS campaign,” the DISTURBED singer said. “The man is a very sick man.

“He performed [in Israel] and he made up stories about it — incorrect stories. I don’t know if you’ve heard him try to go ahead and say how, during that one performance, he tried to address the Israeli crowd and ask for peace and supposedly was met with negativity and boos, and whatever, and then they go ahead and show the video from the actual performance so many years ago, and the Israeli fans were cheering for peace.

“The guy’s delusion is severe,” Draiman added. “This is a guy who just celebrated getting a gift of a guitar from Nicolás Maduro from Venezuela, for god’s sake — one of the most brutal dictators in the world, who has been massacring his own people, starving his own people. This is the guy’s hero. He defends the most evil dictators in the world — he defends Maduro, he defends [Russian president Vladimir] Putin. He defends anybody that can be viewed as socialist or communist. He’ll even defend the Syrian regime and [Syrian dictator Bashar Al] Assad, for god’s sake. I don’t know what he did, drug-wise, during his life, but whatever he did fried a bunch of brain cells. The guy is not operating on all cylinders anymore.”

I seriously need to get T-Shirts made with some of those quotes. 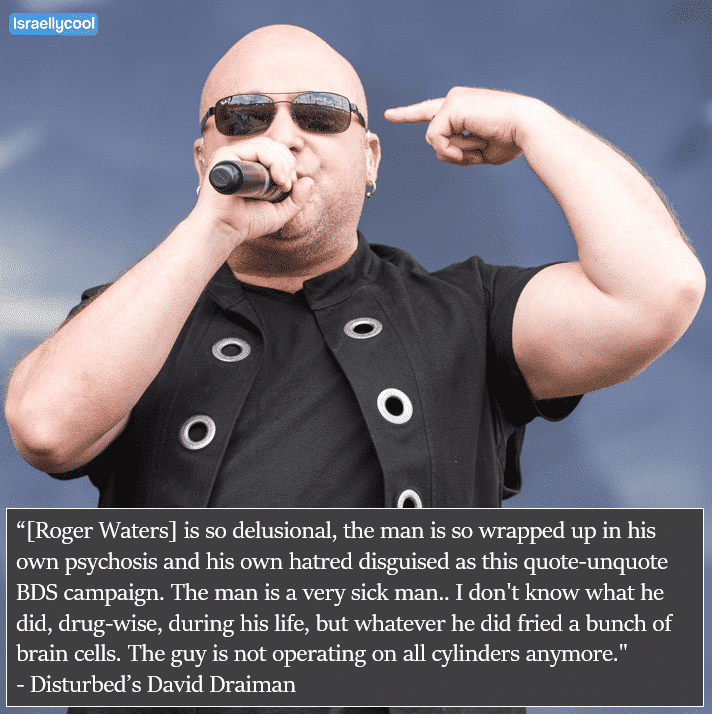