Following his suspension from Twitter – the result of what I assume were many reports submitted by those of us horrified by his multiple, antisemitic and threatening tweets – Egyptian actor/writer Hesham Mansour wasted no time in doing what he apparently does best: posting something antisemitic. 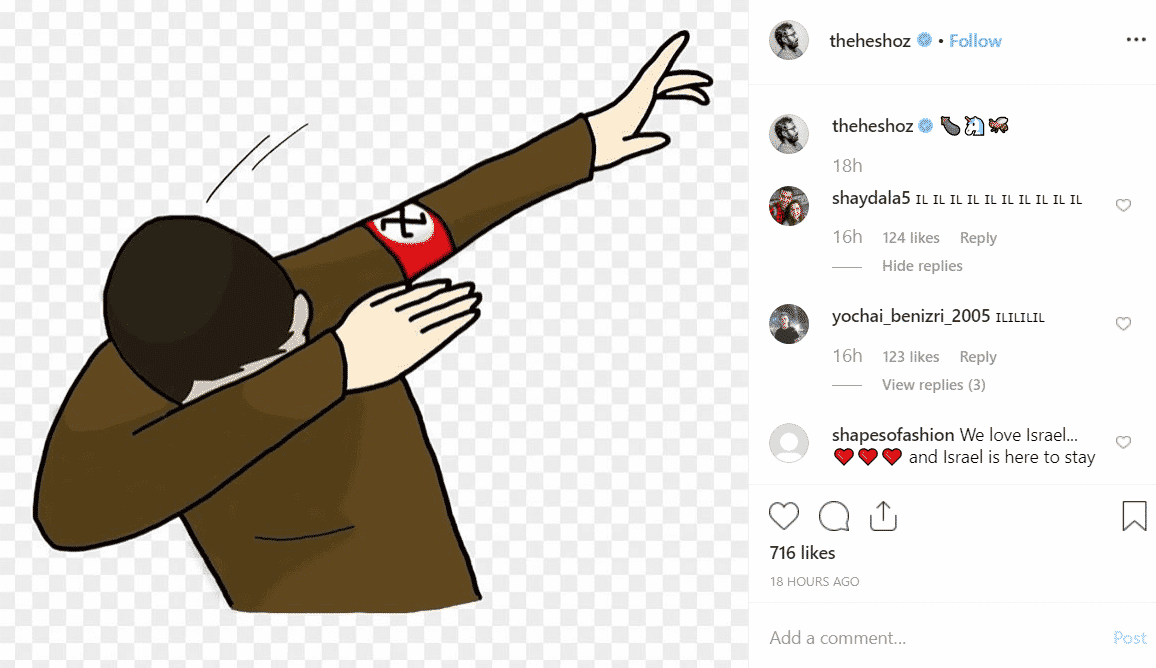 And Instagram responded by doing what they apparently do best: ignoring the vile antisemitism. 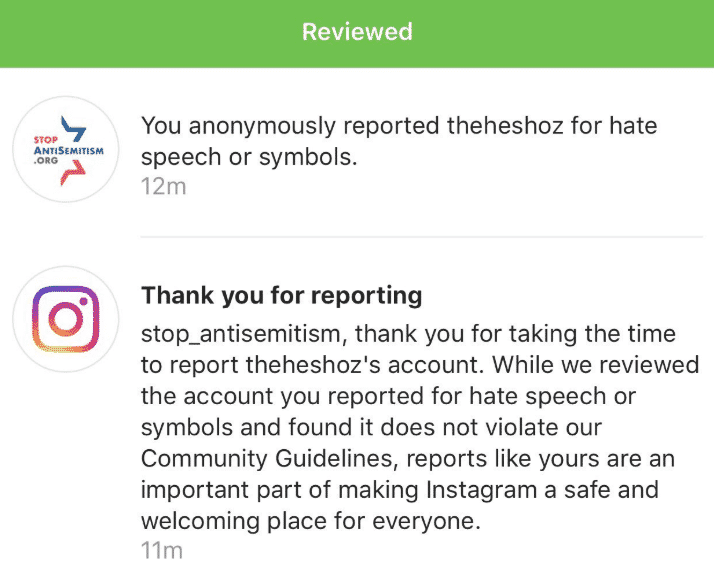 In other words, we live in a world where this is not considered hate speech, and this is.