Only Labour can be trusted to unlock the talent of Black, Asian and Minority Ethnic people. pic.twitter.com/St1TldsyVB

Boris Johnson has appointed more women and minorities to his Cabinet than any PM has before him.

The new Tory leader has given several important jobs to a diverse range of top Conservatives to make it really reflect modern Britain. 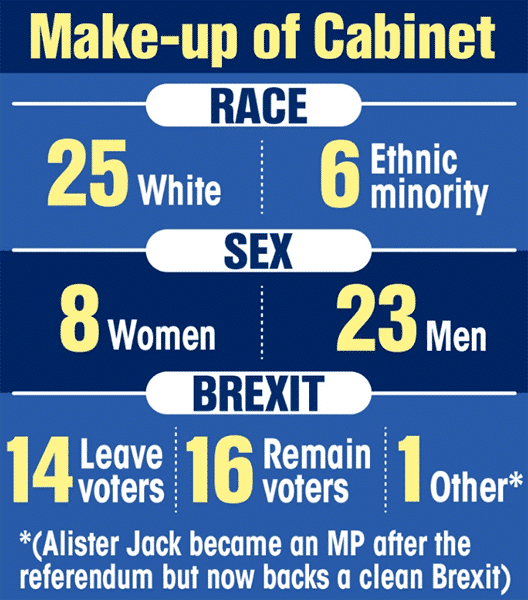 And it gets worse for Jeremy (and fellow antisemites and Israel haters); they all happen to be strong Zionists, as do many others in the cabinet, including Michael Gove and Theresa Villiers. As my friends at Sussex Friends of Israel remarked, there are more Zionists in this cabinet than in Bibis!

Perhaps this is part of the reason why the mainstream media is doing everything in its power to undermine Boris and portray him as some kind of buffoon.

Sure, Boris may be a little eccentric, but there’s no doubting he is a friend of Israel and the Jewish people.

Thanks to Julie Raven for providing inspiration for this post.