Australian singing superstar Olivia Newton-John (of “Grease” fame) says some of her best friends are Jewish.

But don’t worry. She is no antisemite. Quite the opposite – she is part Jewish and is very proud. 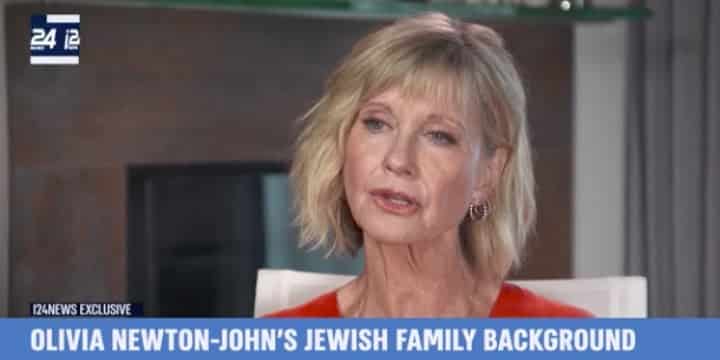 Australian singer and “Grease” star Olivia Newton-John opened up about her Jewish roots in an interview with i24News published on Sunday.

“My mother was very proud of her Jewish tradition and talked about it a lot,” said the four-time Grammy winner, 70, who added that some of her closest girlfriends now are Jewish

Newton-John’s mother, Irene Born, was the daughter of Jewish Austrian Nobel Prize-winning physicist Max Born. Newton’s grandfather was close friends with Albert Einstein and Irene in fact translated a book of letters between Max and Einstein that was published as “The Born-Einstein Letters 1916-1955.”

Newton-John told i24News that her grandfather helped German Jews escape to England during World War II and she regretted not meeting him before he died.

You can read more and see the interview here.

And on a different note, I wish her strength in her continued fight against that insidious disease cancer and a full and speedy recovery.