Sucks to be you, Israel-hating supporters of the New Zealand Breakers. Dan is Israeli.

Bonus: He’s a heck of a nice guy who will no doubt endear himself to non-hateful locals. 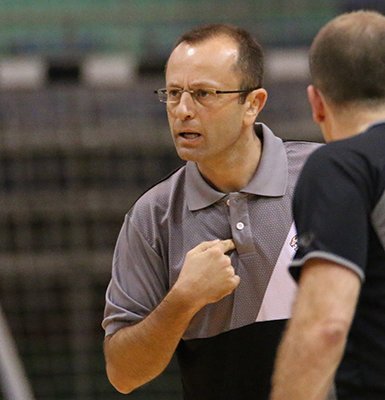 With the start of the new ANBL season almost two months away, New Zealand Breakers newly-appointed director of basketball Dan Shamir has ensured he’s settled and ready to tackle both a new culture and a new club.

Shamir touched down on New Zealand soil from his native Israel with his family at the start of July to begin the complex process of getting the four-time champions back on the track to title contention after some lean years, with just two playoffs appearances through their past five campaigns.

That challenge – combined with the chance for him and his young family to experience a new lifestyle down under – were Shamir’s primary motivations in the decision to accept the position on a three-year term.

“This is a very unique place,” Shamir told Newshub. “It’s a place with some kind of special energy. I’ve been told from the first moment that I’m going to meet a lot of good people, and that’s happened.”

“The Breakers are a great organisation and a lot of good basketball has been played here. I think this place is fantastic…now we’re all focused on winning some games.”

The 44-year-old has made a habit of doing precisely that in recent years, guiding Hapoel Holon to three straight playoff appearances and a final since taking over as head coach in 2015.

The director of basketball role has been designed for Shamir to pull strings both on and off the court this season, allowing him to also take the lead on a player recruitment front.

He’s already made his presence felt in that regard, firstly identifying and then helping to secure the services of new imports Scotty Hopson, Sek Henry and Chris Obekpa, all of whom he coached against in Israel.

“Some countries will have up to nine imports on a team. But you always see that the successful teams, the ones who really come together, are the ones that have a good mix with a strong local core.

“I want to do my work in a logical way when they go on the floor so I’m not making my substitutions according to what passport you have in your pocket, but it’s a very important thing for everybody…especially over here where the culture is very dominant.

“I hope to be a part of letting this environment be like that in the locker room. Because at the end of the day, sometimes you need people to say ‘this is how we do things over here’ and it’s always the locals.”

The mild-mannered Shamir’s approach to improvement is as pragmatic as his demeanour suggests. Confident he’s struck the ideal balance with his playing group, he insists his sole focus is on maximising his squad’s capabilities in an increasingly competitive league.

“Attention and energy is a limited resource and if I’m thinking about anything besides what I need to do right now I’m just missing the point.

“I don’t think about anything other than how we’re going to make the most out of what we’ve got. We can never promise results, but we can promise to do things the right way and to the best of our abilities. In my experience, when you do that – good things follow.

“Hopefully we build something good…everyone will play hard and together and results will come.”

But don’t expect any wholesale change. Shamir sees the framework for success already in place with the Breakers and simply wants to add to that where he can.

“For me to blend into that is part of it. I’m not here to tell everybody just what to do, like I invented anything – but I’m here to contribute with my experience and iI believe if you do things the right way and are about the right things – then it influences a lot of people, and hopefully you’ll feel that.

“This place has a very good culture – the club and the people around it and the country, there’s a lot of great sports culture over here. There are a lot of great teams and it’s not easy to be successful in this league right now. You need to do things very very professionally, you need to be very good with what you do.”

Here is a photo of Dan with Breakers players Fin Delany, Tom Abercrombie, and Corey Webster. 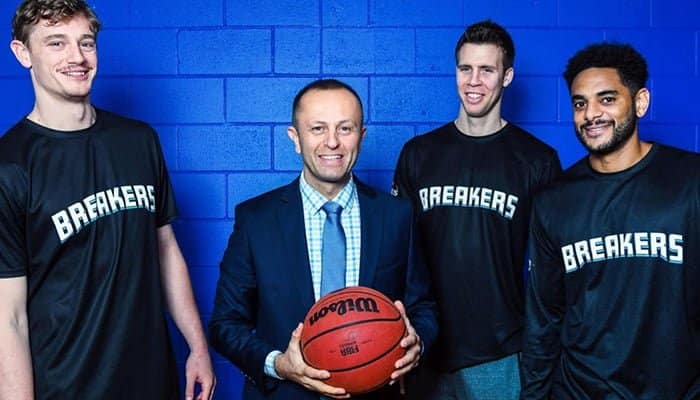 Incidentally, Webster was a member of Israeli team Ironi Nahariya from August 2017 until May 2018.