Israel May Have Colonized the Moon After All

Remember how all those insane antisemitic conspiracy theorists laughed when Israel’s Beresheet lunar lander crashed in to the moon, saying we failed to colonize the moon?

It turns out the joke’s on them. 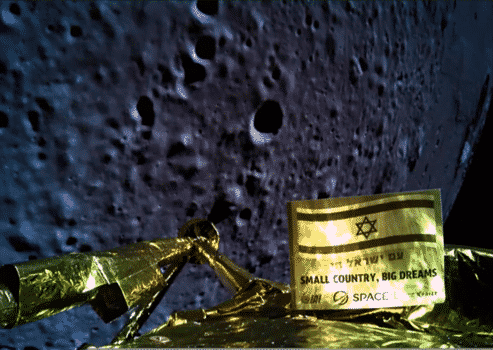 When the Beresheet lunar lander crashed on the moon in April, Israel may have become the first country to successfully colonize an extraterrestrial body… sort of.

According to a Monday report in Wired, the spacecraft was carrying a micro-archive the size of an optical disc containing DNA samples, millions of pages of data and thousands of dehydrated tardigrades — microscopic animals known popularly as water bears.

The archive was the brainchild of American venture capitalist Nova Spivack’s Arch Mission Foundation, whose mission is to create what it calls “a backup of planet Earth.” The tardigrades, which were added at the last minute, are incredibly hardy creatures and have been known to survive being dehydrated for years. They can be found all over Earth and have even survived the vacuum of space.

You do know those same antisemites are going to suggest this was our plan all along, right? Starting in 10, 9, 8,…