Following terrible twosome Ilhan Omar and Rashida Tlaib both sharing a cartoon by antisemitic cartoonist Carlos Latuff, the latter has invoked the tried-and-tested “I am being silenced with unfounded allegations of antisemitism” defense. 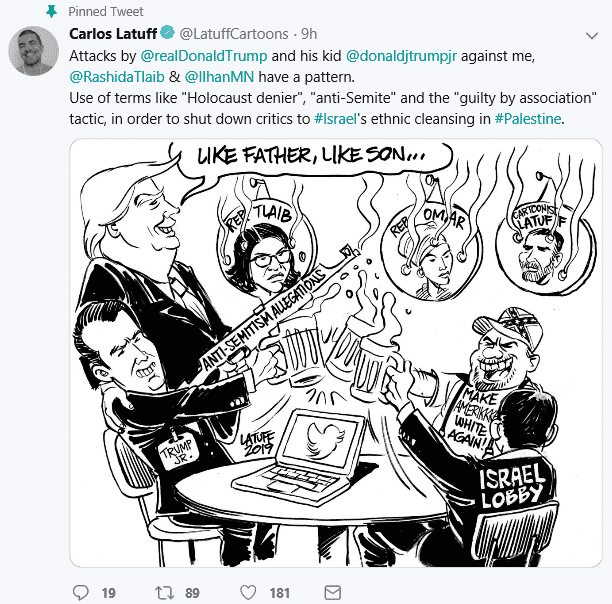 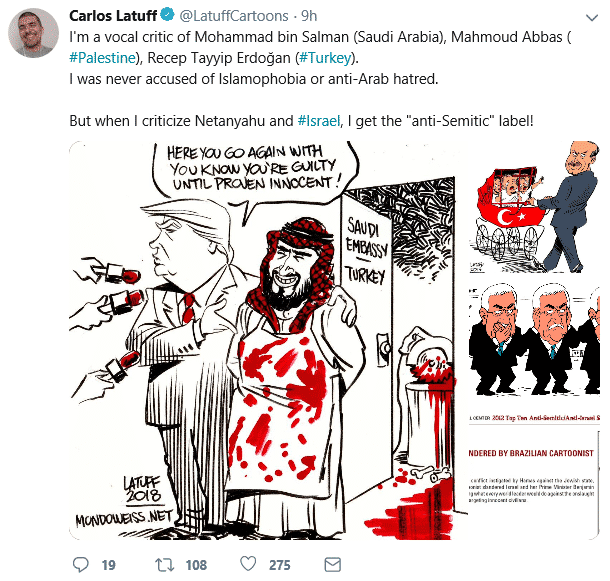 Except he really is a Jew hating amoeba, whose previous “work” includes drawing us as an “octopus” – a trope going back to Nazi Germany 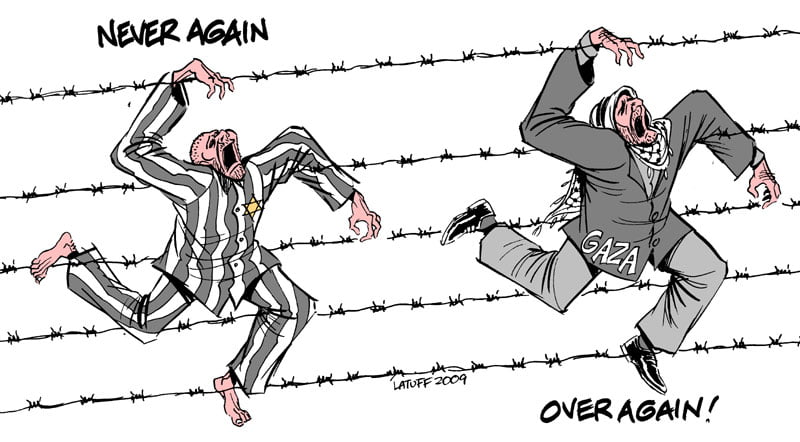 and one drawing a Jewish caricature with exaggerated features 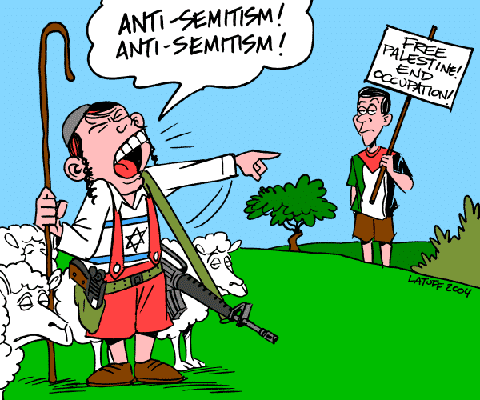 And trust me when I say there’s a whole lot more of the same.

Did I mention he also won second prize in the 2006 International Holocaust Cartoon Competition sponsored by an Iranian newspaper?

Of course Latuff does not like hearing the truth from me. 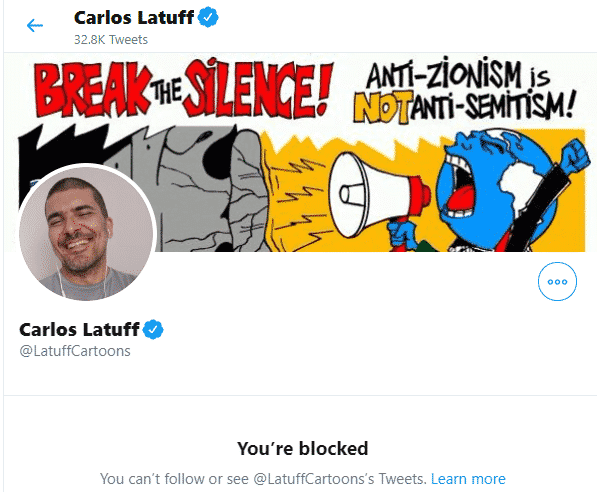 But I will continue to shout out about his very real and vile Jew hatred as long as he puts out this rubbish.