While the news cycle has been preoccupied with the banning of antisemitic congresswomen Rashida Tlaib and Ilhan Omar, another antisemite has slipped quietly in to Israel without fanfare. 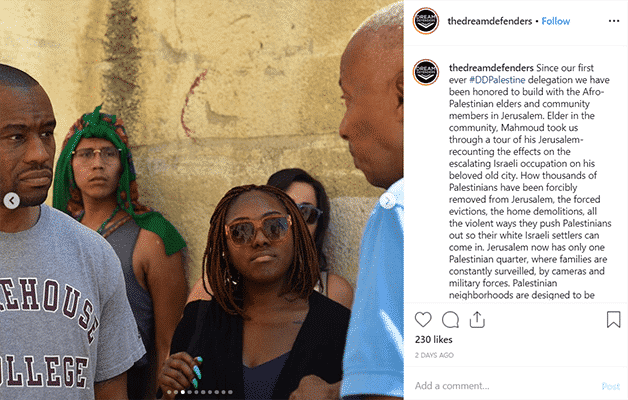 You can see more from the trip if you scroll through these photos:

Since our first ever #DDPalestine delegation we have been honored to build with the Afro-Palestinian elders and community members in Jerusalem. Elder in the community, Mahmoud took us through a tour of his Jerusalem- recounting the effects on the escalating Israeli occupation on his beloved old city. How thousands of Palestinians have been forcibly removed from Jerusalem, the forced evictions, the home demolitions, all the violent ways they push Palestinians out so their white Israeli settlers can come in. Jerusalem now has only one Palestinian quarter, where families are constantly surveilled, by cameras and military forces. Palestinian neighborhoods are designed to be surveilled upon, with settlers and military living above Palestinians and cameras strategically placed throughout.

Note how they met with “Afro-palestinians.” I have written about this group before and how they highlight how the palestinians are not indigenous to this land.

Also there’s a lovely photo of one of the delegation fawning over a picture of arch terrorist Yasser Arafat.

The delegation have also posted this photo at the Mandela statue in Ramallah.

We have returned to the beautiful & historic land of Palestine. Black, brown, and indigenous organizers, artists, & dreamers are taking time to study alongside Palestinian people resisting displacement and military occupation as part of our annual delegation! Keep up with us here on IG (stories & feed) & Twitter #DDPalestine 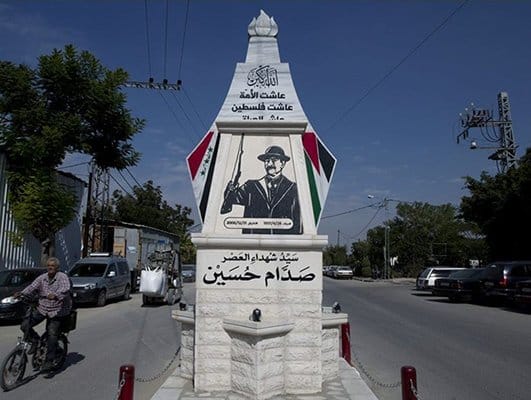 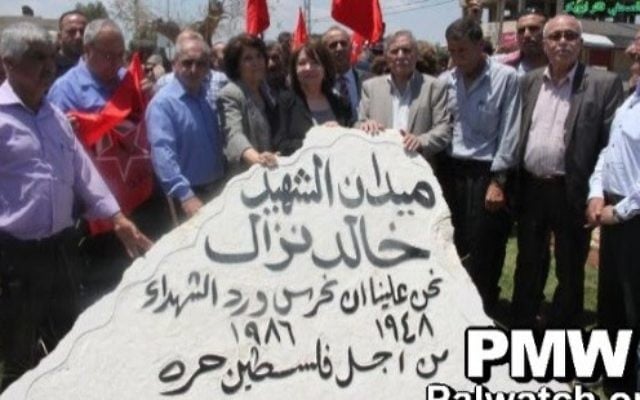 the monument to terrorist Muhanad Halabi 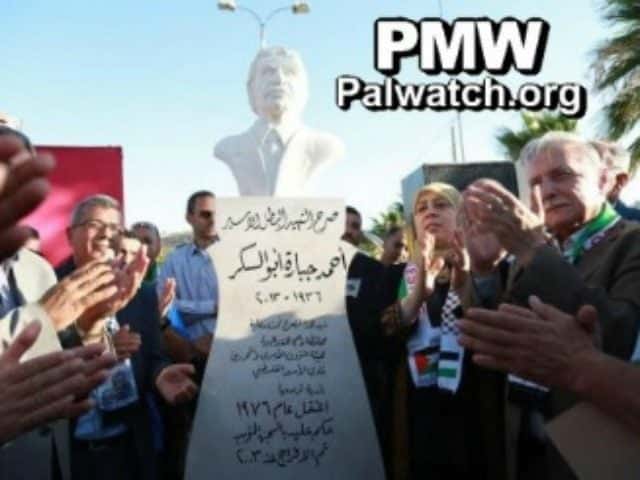 and of course the monument to Coastal Highway terrorist Dalal Mughrabi 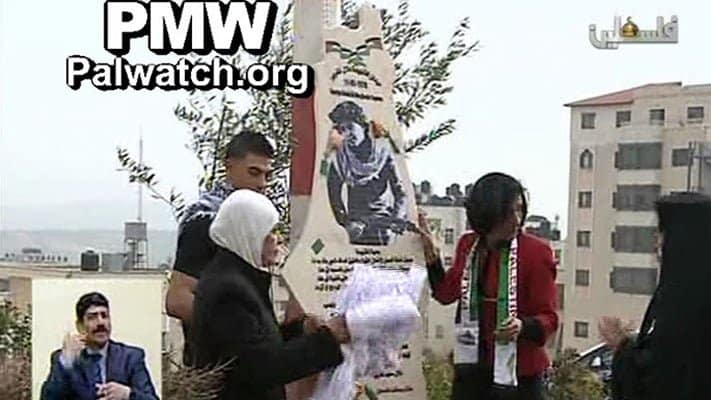 which Marc will love, given his fondness for the female terrorists.

And speaking of terrorists, Marc and his delegation fit in a meeting with Addameer

which I have exposed beyond a doubt as having deep terrorist connections.

As you can see, this trip has an agenda, one that should be deplored by all peace-loving, reasonable people.