Mannequin soldier, on the Lebanese border

There was a mannequin soldier

Israel has positioned mannequins of soldiers in jeeps along the Lebanon border, according to Lebanese and Israeli correspondents, as the army braces itself for an expected attack from Hezbollah.

Ali Shueib, who works for Hezbollah’s al-Manar satellite TV station, tweeted photos of what appeared to be two military off-road vehicles. In the front sat yellowish dummies in army uniform.

Separately, Or Heller, an Israeli military correspondent for Channel 10 News, published a photo of a similar-looking mannequin in another vehicle.

The Israel Defense Forces (IDF) said they would not comment on reports. It was not clear whether the dolls had been set up in an attempt to lure Hezbollah into firing on the targets or for other reasons. The Times of Israel said the IDF had placed mannequins in bunkers in the past to trick enemies “into thinking that these positions are full of soldiers and thus serve a deterrent effect”.

Let’s also not forget that during the Six Day War, we deployed wooden tanks to create a fake division, fooling the Egyptians into believing that the main Israeli attack, as in the 1956 War, would be in the southern sector. So there’s precedent for Israel employing such trickery to defeat her enemies.

It also wouldn’t be the first time there were dummies stationed along the Lebanon border. 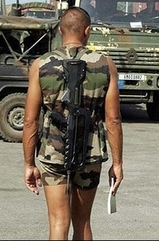 But say what you want about our use of mannequins – they are not meant to threaten anyone but rather used in a defensive ploy. The Gazans on the other hand… 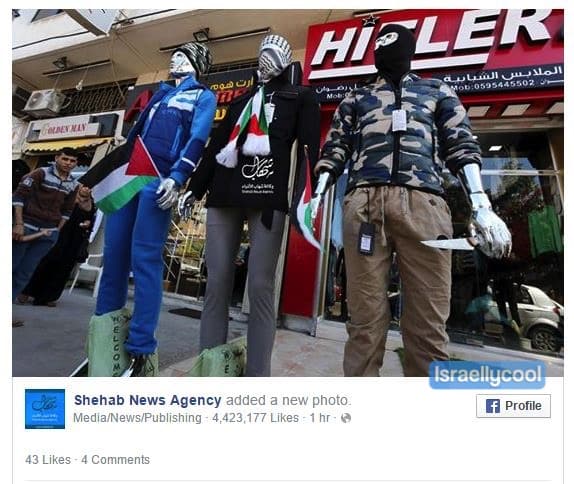