Home Aussie Dave The Holocaust Victim Whose Murder Linda Sarsour et al. Would NOT Have...

It has become a thing that so-called “liberals” and “human rights activists” like Linda Sarsour claim to really care about Jews and claim to fight antisemitism – while at the same time, say the most vile things about Jewish “Zionists,” who are merely those Jews who are proud and support a return to our indigenous homeland in the land of Israel.

And so many on the Left do not blink an eyelid. I believe in most cases, it is antisemitism at work, but in some cases it might be cognitive dissonance.

To those in the second category, bear with me. Here’s a story from Yad Vashem for you. 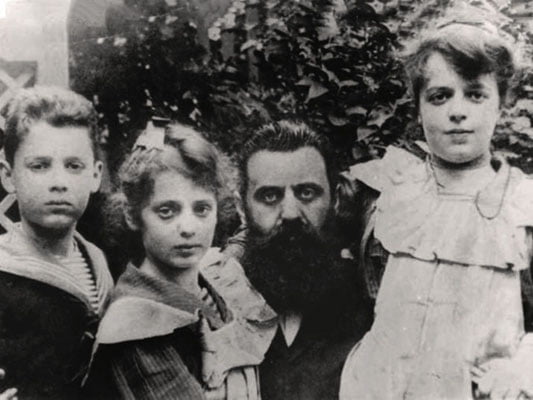 Transport No. 40 departed on train Da 513 from Aspangbahnhof in Vienna (Wien) at 21:00 on September 10, 1942 and arrived in Theresienstadt on September 11. The transport consisted of 1,000 Jewish deportees, including many patients from the Steinhof mental health institution that had been totally evacuated of its inhabitants. 651 deportees were older than 61, the average age of the deportees was 63 years.

The train followed a route that took it through Vienna’s Nordbahnhof, Floridsdorf, Jedlersdorf, Stockerau, Absdorf-Hippersdorf, Gmuend, Tabor, Prague (Praha) and Bohusovice. At the station in Bohusovice, the Jews were forced to disembark and walk about three kilometers to Theresienstadt, where the transport was noted in the ghetto records as IV/10; the Roman numeral IV representing Vienna. Among the deportees on this transport was Margarete Gertrude Neumann, the youngest child of Zionist visionary Theodor Herzl.

The following is an excerpt from the testimony of Trude Groag, who was employed as a nurse in the hospital in Theresienstadt:

On September 11, 1942, a pleasant day in autumn, a transport stopped at the ghetto’s hospital L124, packed to overflowing with sick patients of transport E/IV from Vienna. Dr. Reinisch […] shouted out his orders […] He was accompanied by a repulsive creature; I believe this woman worked for the criminal police force. Actually she was employed in looting. Reception and unloading these miserable people had to be done with the greatest of speed. I stepped out to help. From within all the commotion […] a young-looking, elegantly dressed woman attracted my attention. She was sitting among all the luggage, her eyes closely following something or other. She didn’t appear sick, not was any sign of disability, and I turned to speak to her […]. She told me that she was the youngest child of Herzl and that she wished to establish contact with the ghetto leadership […] I had no idea that she was suffering from a mental illness, or that she had arrived straight from the Steinhof hospital […]. Very excited that Herzl’s daughter was among them, I hurried to find Jacob Edelstein, head of the Jewish Council, to request that this woman be given special treatment […]. He promised me nothing and, knowing him well, I realized that there was no point pleading with him […] I approached nurse Ilka Tausig, to ask if she could accept her in her ward […]. Over the next few days, I visited her often. She made a sad impression [on me].

Margarete Gertrude ending up being murdered by the Nazis at Theresienstadt.

As the daughter of the symbol of the modern Zionism movement, do you think Linda Sarsour and others like her would have condemned her murder had they been alive at the time? Or would they have been silent about it, while painting her and people like her as “creepy” and “white supremacist”?

Think about what I am suggesting long and hard.