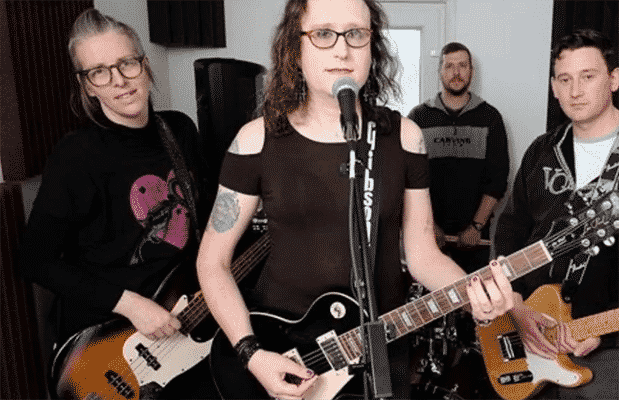 LABOUR was tonight rocked by ANOTHER anti-Semitism storm as a shocking video emerged of a candidate playing a song Jewish leaders say is about the “destruction of Israel”.

Councillor and bass player Alana Bates – who is standing as an MP in St Ives, Cornwall – strums along to lyrics including “Israel is a racist state” and “Israel is an apartheid state” in the clip.

She is seen in the video with “radical” rock band The Tribunes playing the song called “From the river to the Sea”.

The song’s title is a phrase used by terrorist group Hamas and has been blasted by the Jewish group the Anti Defamation League (ADL) as “divisive” and a call for the destruction of Israel.

The Sun article has video of the song. I am almost as offended by how awful the song and their performance is, as I am by the genocidal content.

Here is another example of the band’s “work.”

That lead singer should go to Gaza – they’ll definitely cut his willy off over there.