The palestinians and their propaganda partners constantly claim that Gaza is one of the most densely populated places on the planet (I apologize for overusing the letter ‘p’ in that statement). Yet the recent IAF strikes on Gaza have so far yielded 11 casualties only, a relatively low number wouldn’t you say, for a nation supposedly trying to commit genocide against the palestinians?

And the surgical nature of our strikes have actually been confirmed by the palestinians themselves. 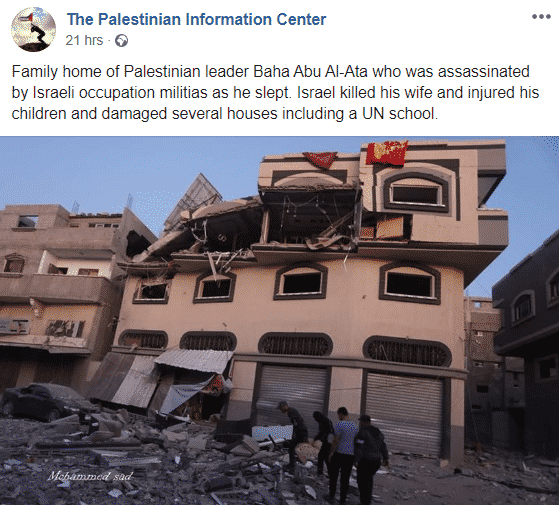 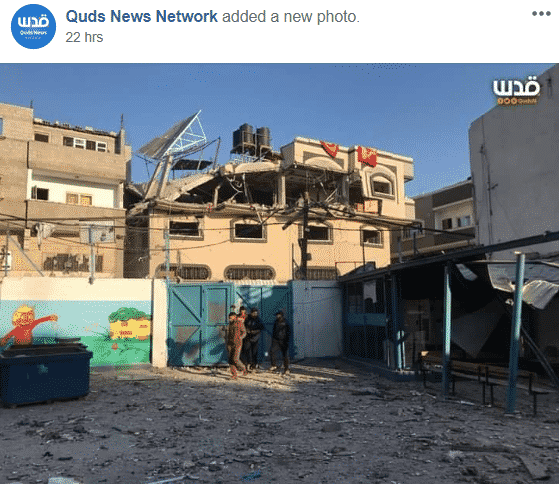 They indicate the only house extensively damaged in the vicinity was his, and confirms the IAF claim that the military had received specific intelligence on his location and targeted the specific room where al-Ata was sleeping, rather than destroying the entire building, in order to avoid civilian casualties.

Quds News Network has also posted this video of damage to a nearby UNRWA school.

As you can see, it is not extensive damage at all. In fact, it looks like fragments from another building. Bear in mind that we struck Abu Al-Ata’s house before dawn, well before any children would be at school. Also contemplate the fact he lived so close to a school – I am sure he did this deliberately, knowing he was likely on Israel’s (s)hit-list.

There’s something else to consider as well; of the 11 palestinians killed, the majority of them were for sure terrorists.

How do I know? From Islamic Jihad themselves, who besides Abu Al-Ata, have confirmed the deaths of 5 more of their terrorists on their website. That makes it a confirmed 6 out of 11 being terrorists. And this number may even become higher.

So there you have it. Even the palestinians can’t avoid the fact we are trying to avoid the deaths of their civilians, while they are doing all to try and murder ours.

Update: Apparently 11 (out of 13) have been terrorists.

Since the assassination of Bala Abu al-Ata and the strike against Akram al-Ajouri in #Damascus, a confirmed total of 11 militants have been killed. The majority belonging to Palestinian Islamic Jihad’s military wing and several from Fatah’s al-Aqsa Martyrs Brigades. #Gaza #Israel pic.twitter.com/0fSzMFzAV1