Owen Benjamin, the vile, Jew-hating “comedian” I have exposed on here a number of times, has finally been banned from Instagram and Facebook. This follows his ostensible banning from YouTube, although there seems to be a backup channel to which he still has videos, like this:

But don’t worry! Some of his best friends are Jewish.

Owen Benjamin tells his audience not to blame Jews or hate Jews for the acts that bad individuals do. He goes on to say he likes many Jews more than Christians.

You won’t see this clip anywhere else! pic.twitter.com/E27JZ1c3eN 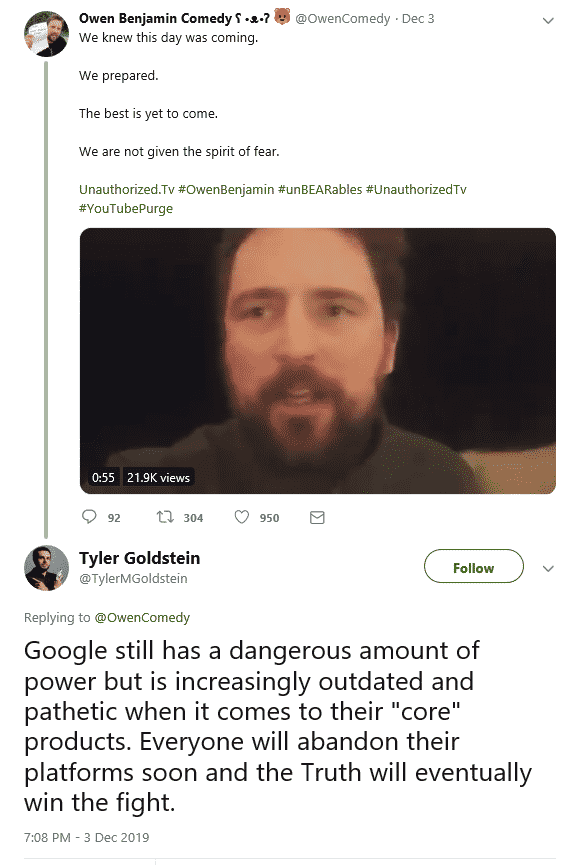 It always amazes me how these Jew haters on one hand speak us up as a cunning people, yet then insult our intelligence in this way.

Benjamin likes to call himself a Big Bear (even though he is homophobic – lack of self-awareness, much?), but I would more associate him with a mole. Because he keeps popping up on different platforms to disseminate his racism and antisemitism.