Regular readers will know that Code Pinker Ariel Gold is an Israel hater, albeit a Jewish one.

What she doesn’t realize is she is useful tool to the real Jew haters of the world – except when she ceases to be one.

This was the reaction of antisemite and terror supporter Abbas Hamideh, after she dared to say it is antisemitic to suggest the Jews were behind the killing of arch terrorist Gen. Qassim Soleimani: 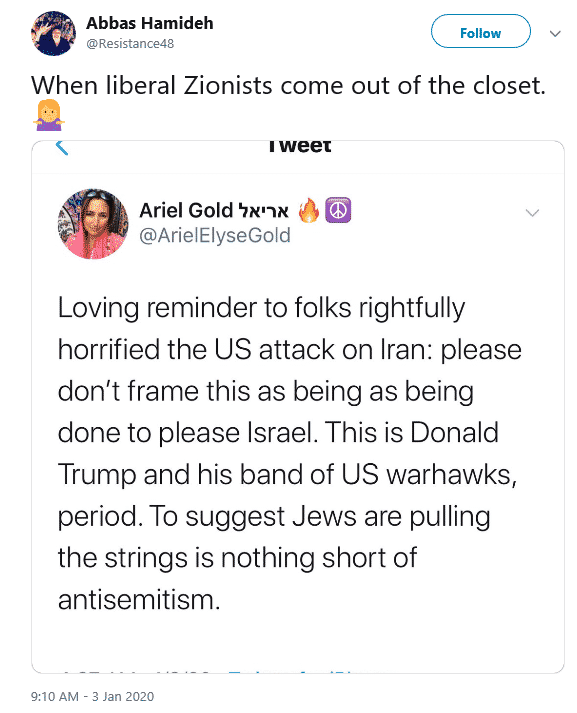 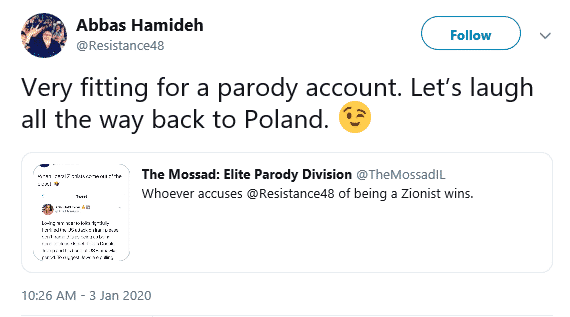 I would have loved to have said it is Hamideh who came out of the closet – the antisemite one – but alas he has been out for a long time – well before Rashida Tlaib and Linda Sarsour showed they like him.

Update: Gold has called Hamideh out for his antisemitism. 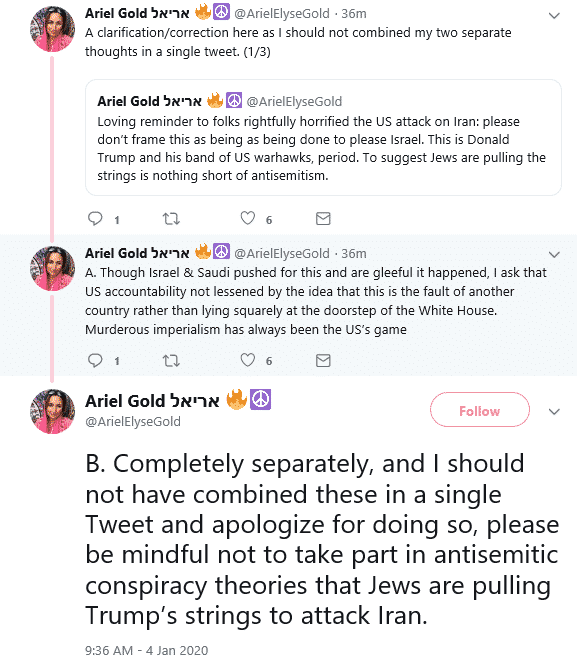