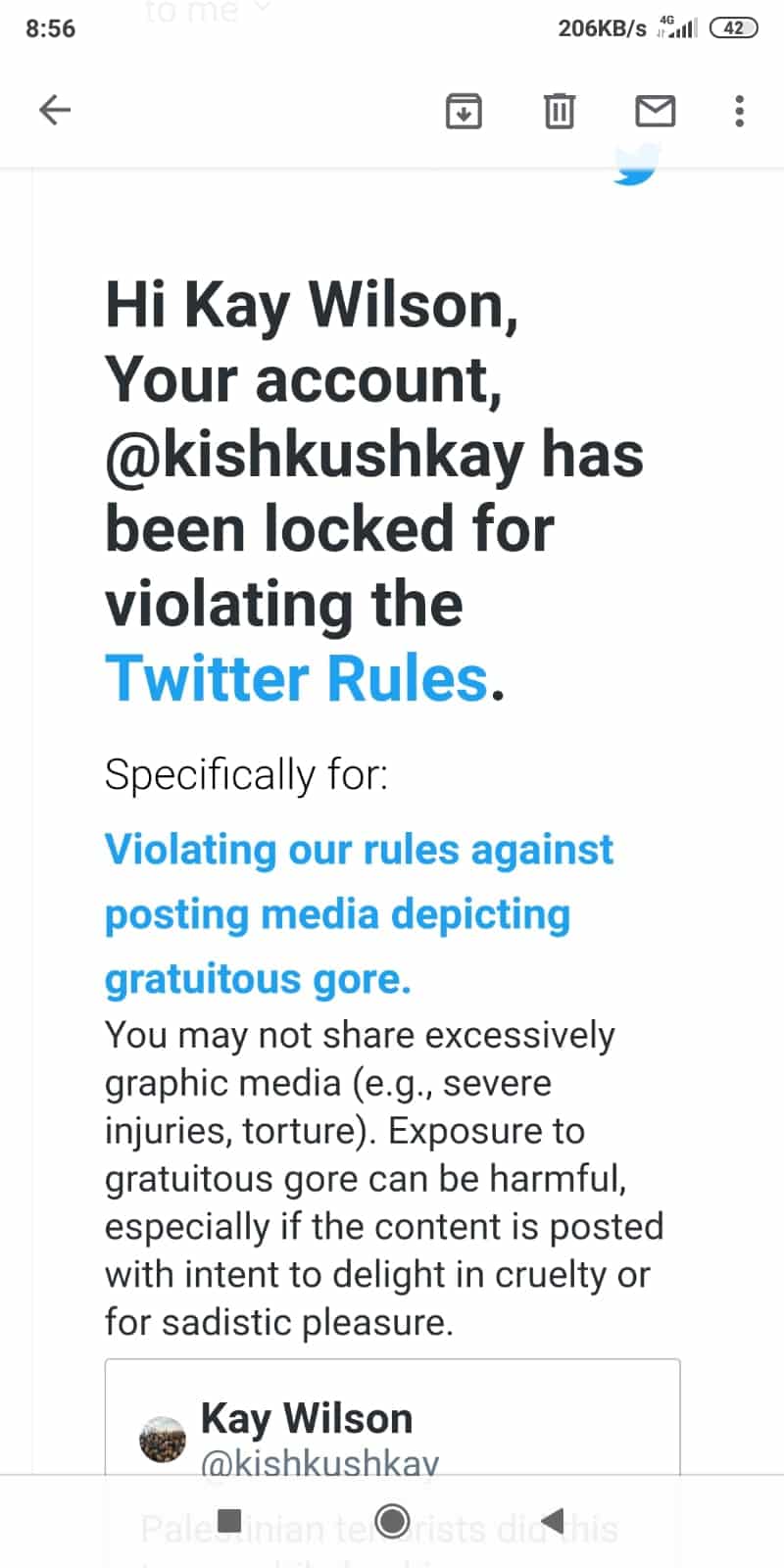 Kay had tweeted this 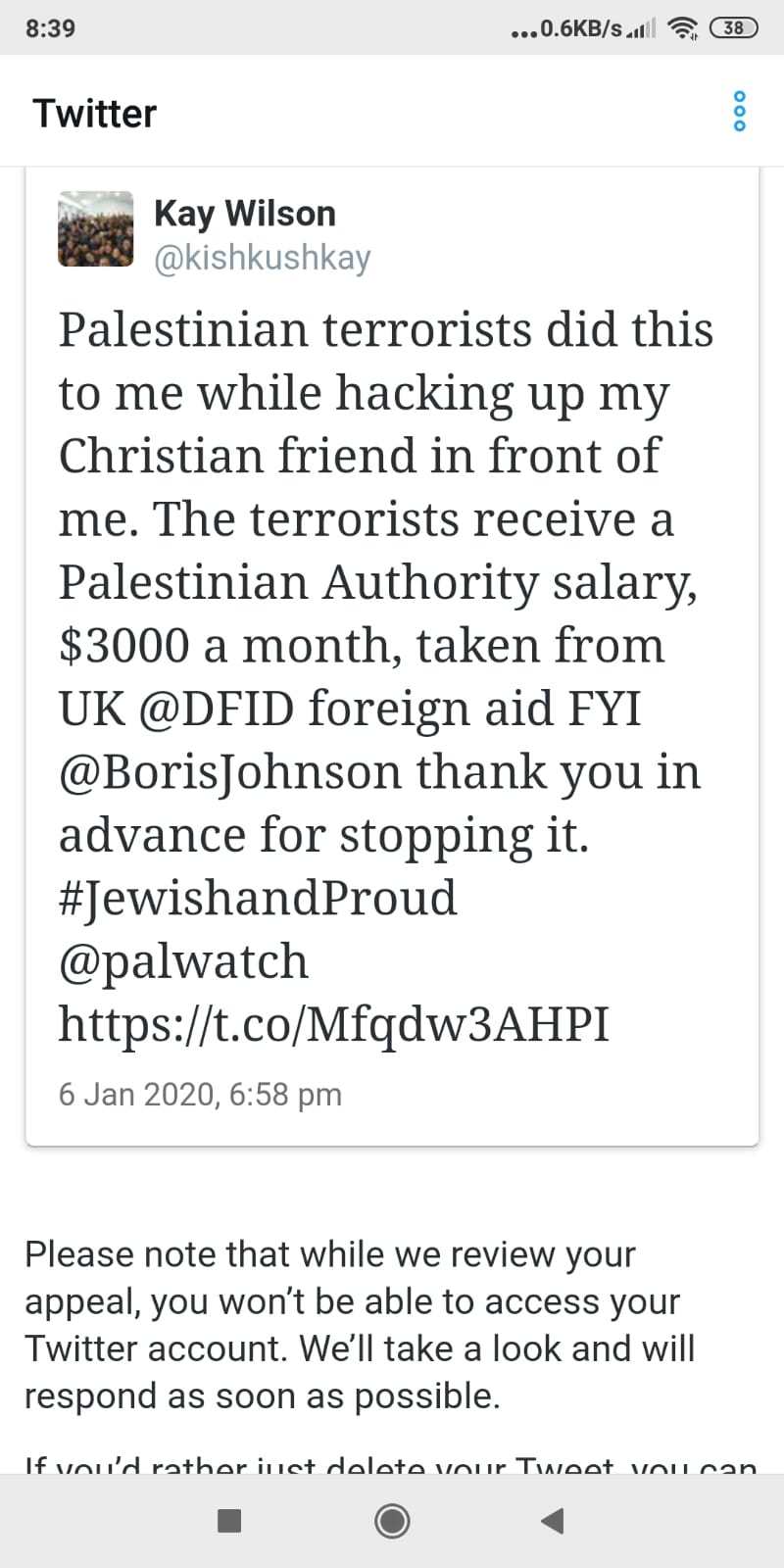 with this photo of her wounds from the terror attack 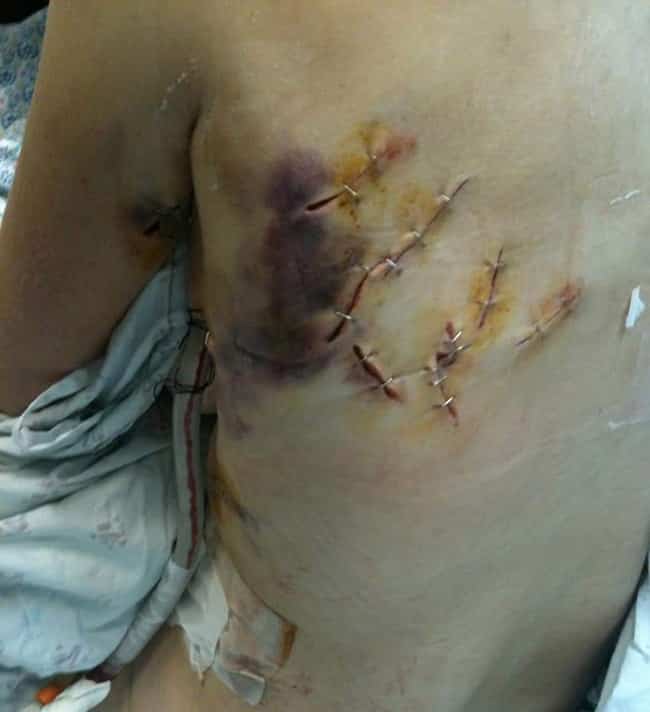 Gorey, yes, but anything but “gratuitous.” Kay was making a very important point regarding the PA’s “pay-for-slay”, and has been campaigning for the British government to put an end to their aid, which has been misused by the PA for this purpose. The graphic photo really helps show the “handiwork” of some of the end recipients of the money.

While silencing Kay, Twitter continues to provide a platform for thousands of antisemites and terror supporters (some of whom likely reported the tweet to begin with), the very people who are happy she was butchered, but are sad she lived to tell the tale. 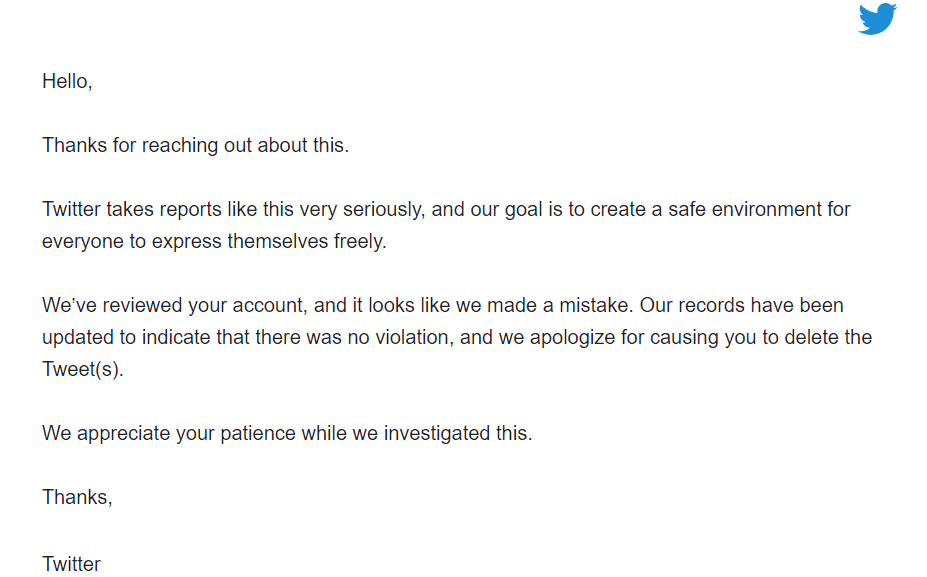