The group StopAntisemitism.org is “part of a non-profit foundation that works to hold antisemites accountable and to create consequences for their bigoted actions by exposing the threat that they present to all Americans and showing how their ideologies conflict with American values, morals, and principles.”

As part of this effort, they just announced Ilhan Omar as 2019’s Antisemite of the Year.

Mazal Tov to #IlhanOmar on being named 2019's Antisemite of the Year! Thousands voted & the Freshmen Congresswoman came out on top as the most vile Jew hater!

No word yet from Ilhan Omar herself, but a number of (Jewish) pathological Israel haters have jumped in. 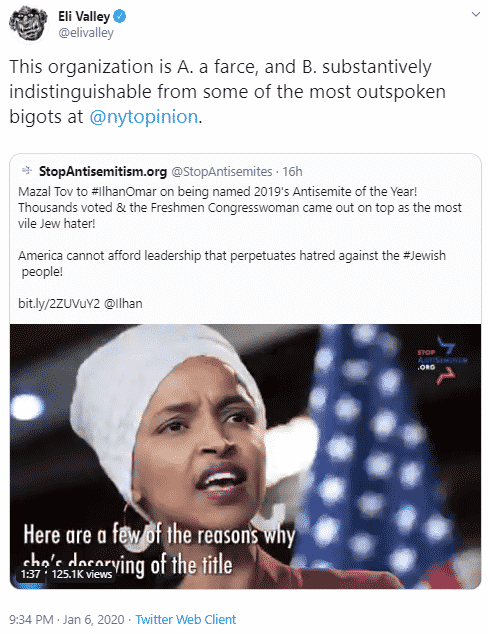 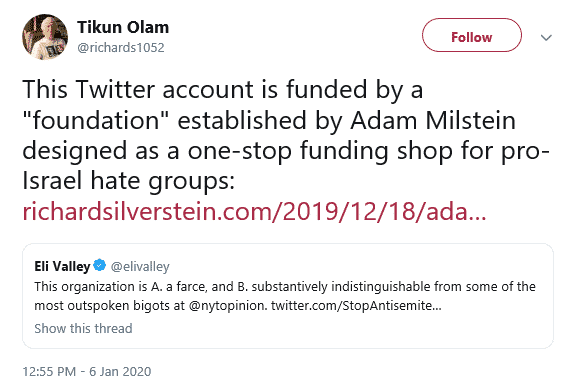 My first reaction was “Typical! Of course these haters would go against any pro-Israel organization, especially when fighting antisemitism from the far Left and radical Islam, not just the far Right.”

And then another thought came to my mind: perhaps they are jealous they did not win!

Each of these scumbags share a few things in common, besides a pathological hatred of Israel:

Eli Valley is known for attacking pro-Israel people – Jewish and non-Jewish alike – in the most antisemitic and vile ways. 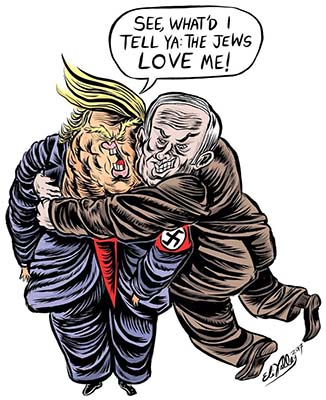 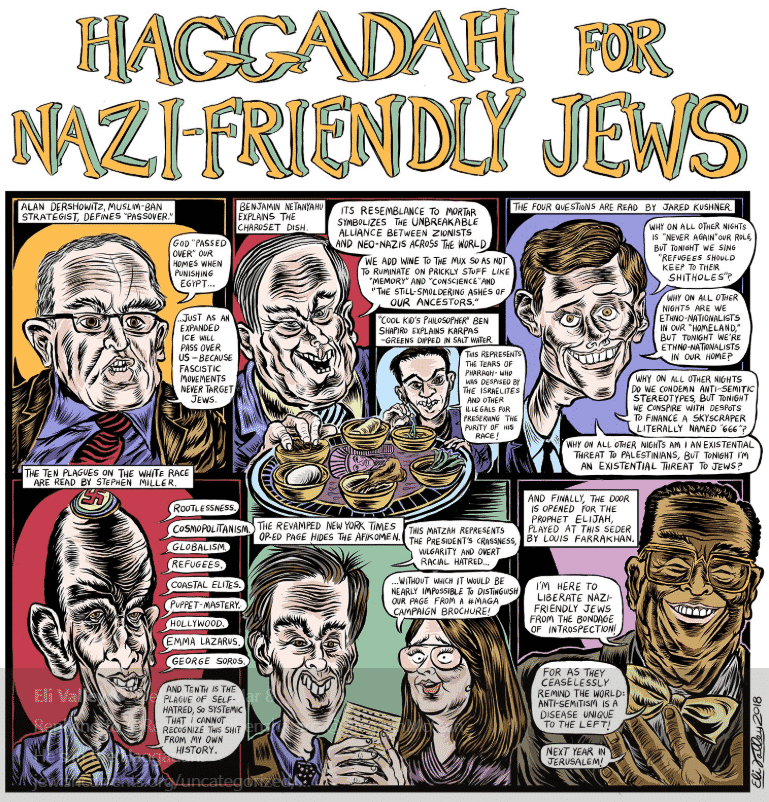 Silverstein is not just a buffoon, liar and terror supporter, but also uses antisemitic slurs like “Judeo-fascist” and “Zio” 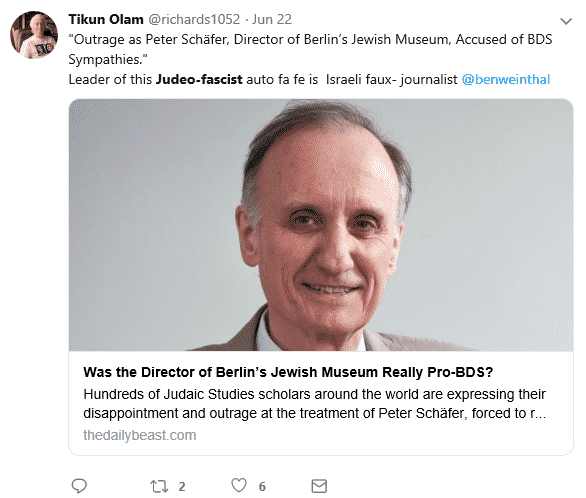 He also has been praised by David Duke.

Sieradski is another nasty character who not only hates Israel, cyberbullies people, and has wished for violent death on others, he has also been known to use antisemitic smears.

Sieradski was forced to cut his trip short because his father in law had passed away and he naturally wanted to be with his wife to offer her solace and comfort. His tweets however reflected the frustration he had in getting his ticket with ELAL rescheduled for an earlier
departure. His first tweet on Saturday read as follows:

Then after getting in touch with the haredi fascist beholden ELAL on
Saturday afternoon, he noted:

Although David Duke has not praised him, I am sure he approves of this.

So there you have it – while Ilhan may have taken home the chocolates, there seem to be plenty of other candidates.

Unfortunately, some of them happen to be Jewish.