Big News Expected From Uganda Today; Please May We Get Another Speech from The Ugandan President 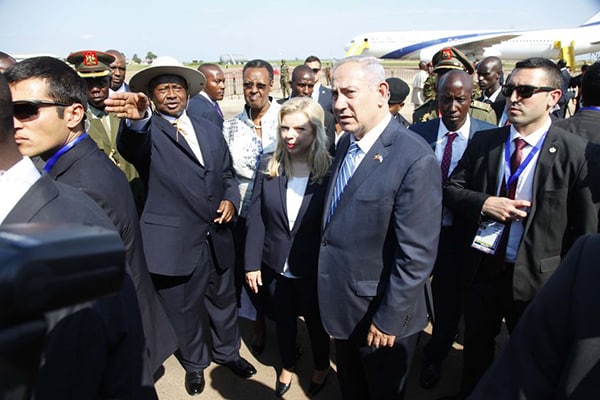 Israel may get good news today, Prime Minister Benjamin Netanyahu said before boarding a flight to Entebbe, Uganda on Monday, where he will meet a leader from the region in addition to Ugandan President Yoweri Kaguta Museveni.

Netanyahu is expected to announce an upgrade in ties with a state with which Israel does not have diplomatic relations later in the day.

Sources in Uganda’s Evangelical Christian community told The Jerusalem Post last week the country will announce having its embassy in Jerusalem during Netanyahu’s trip.

Whatever the reason, can we please please get another speech by Ugandan President Museveni?