The New York Times has published an article entitled The Rise of Palestinian Food.

It has to be seen to be believed – although I am sure I had many of you at “New York Times.”

It starts with this sentence

Cookbook authors and chefs are arguing for their place at the table — to chronicle recipes, safeguard ingredients and assert a sense of humanity.

Yes, you can see where this is heading.

Then your visual senses are accosted with this image 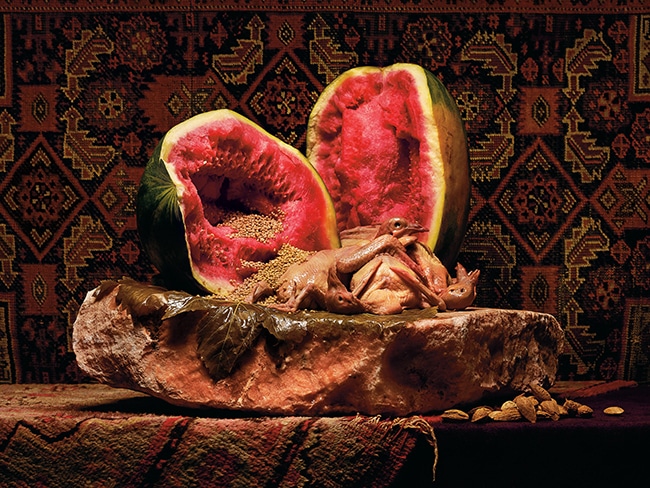 Maybe it is just me, but I see what looks like a female reproductive parts and some dead/gaunt-looking chickens (perhaps from the Gaza zoo). I can’t help but then think of this scene from The Palestinian Chicken episode of Curb Your Enthusiasm (NSFW)

I see hints of the author trying to be even-handed, but the result leaves a sour taste in the mouth. For instance:

Some insist that, historically, there was no Palestinian culture distinct from that of their fellow Arabs in the region — since Palestine was for centuries part of Greater Syria, under the yoke of the Ottoman Empire — a largely academic argument that fails to answer the question of what, then, to call the people who lived in the territory before 1948.

This is not academic at all. And just because some Arabs lived somewhere before 1948, does not entitle them to a state in that territory. Should Jews who lived in Egypt pre-1948 be granted a state there? Plus at the time, they were known as Arabs – the term “Palestinian” was normally used to describe the Jews, and was only adopted in more widespread (weaponized) fashion in the 1960s to describe the Arabs of the area. 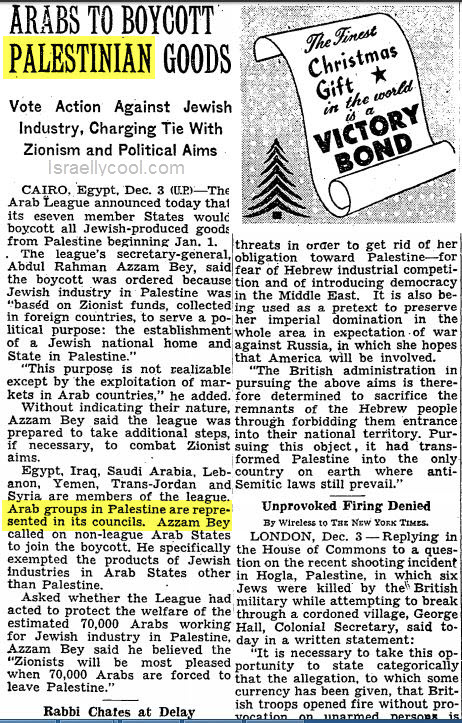 This helps explain why Palestinian food is starting to find an audience in the West, in cookbooks and at restaurants like Qanoon in Manhattan, Beit Rima in San Francisco and Reem’s California in Oakland, all opened in the past few years. (Reem’s has drawn protests because it features a mural of Rasmea Odeh, a Palestinian activist who was convicted in Israel — some believe wrongly — for involvement in a 1969 bombing that killed two university students.)

Words matter, and by describing a real terrorist with the word ‘activist’, the author of this piece is betraying their true views, despite the veneer of impartiality.

Another example: the word “indigenous” which is misused here:

I think this part is more telling than the author realizes:

Food may be the most effective form of propaganda. It humanizes: When we dine with strangers, we learn something of who they are. The fear for Palestinians is that as dishes labeled Israeli grow increasingly popular in the West, their Palestinian counterparts — and, by extension, Palestinians themselves — sink out of view. They are rendered invisible.

One can surmise why this particular article came out now – so soon after the Trump peace plan and the palestinian reactions it elicited.

Read the entire thing – if you can stomach it. 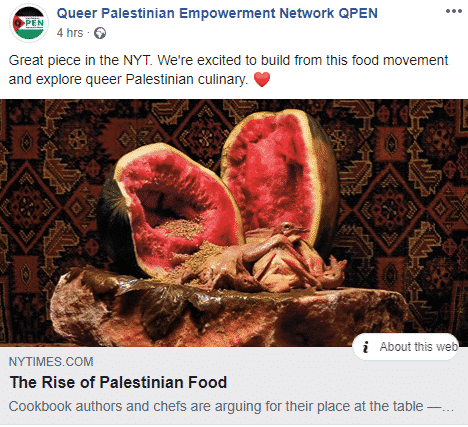