A few days ago, congresswoman “anti-Zionist-not-antisemite” Ilhan Omar tweeted this out: 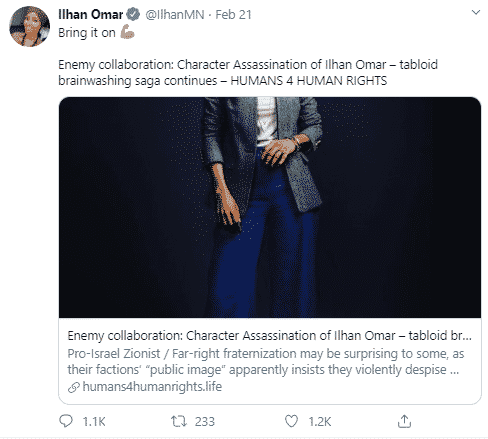 I assume many of you won’t be surprised to learn that the website Humans 4 Human Rights, and its accompanying Facebook page, disseminate some of the most vile antisemitism.

But for those of you who are surprised – or anyone just wanting to see for yourselves – here are some example posts, such as those

slurring us as “Ashkenazis,” a favorite of Jew haters attempting to negate our indigenous roots in the land 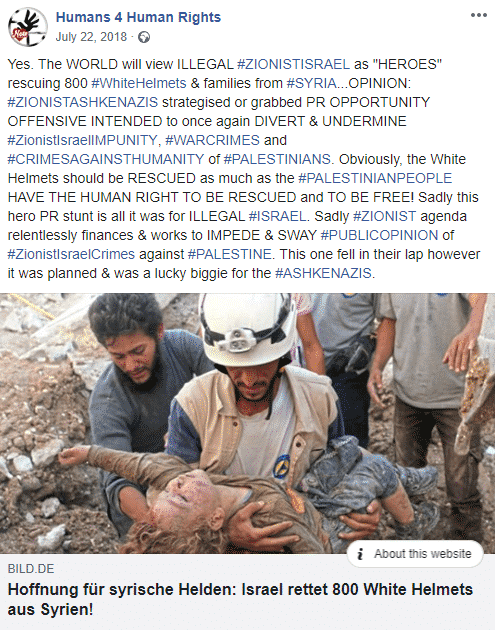 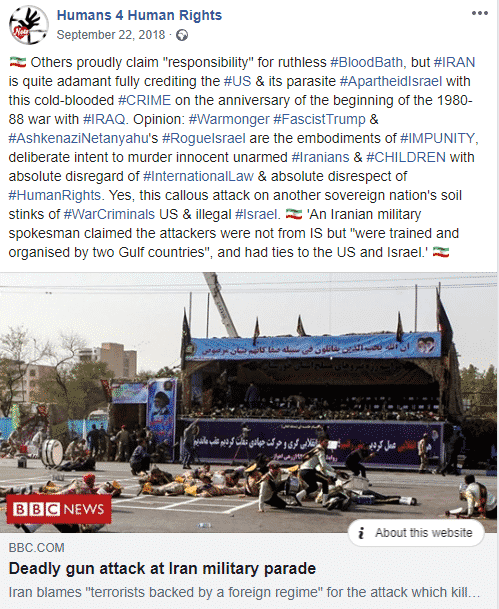 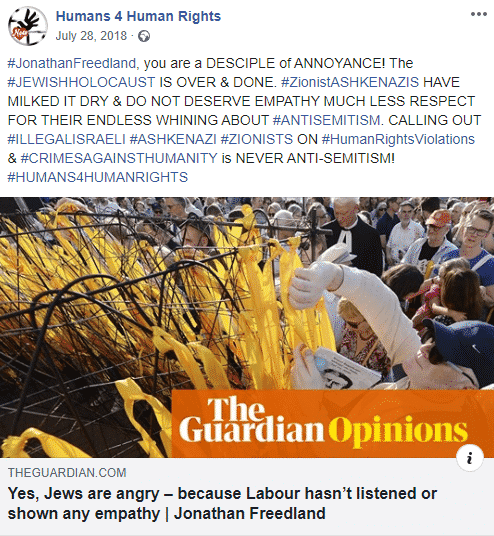 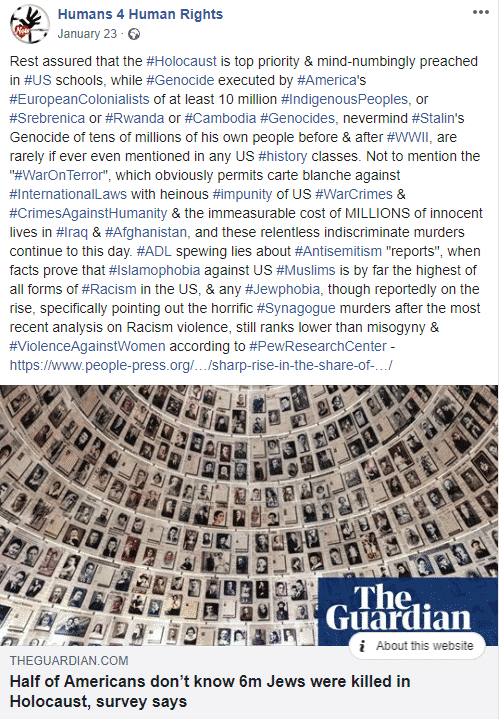 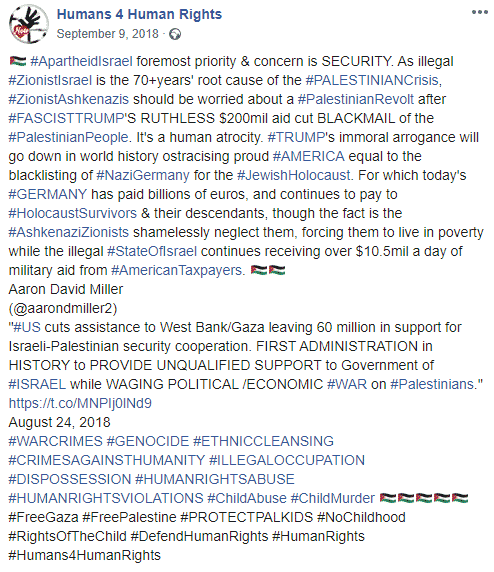 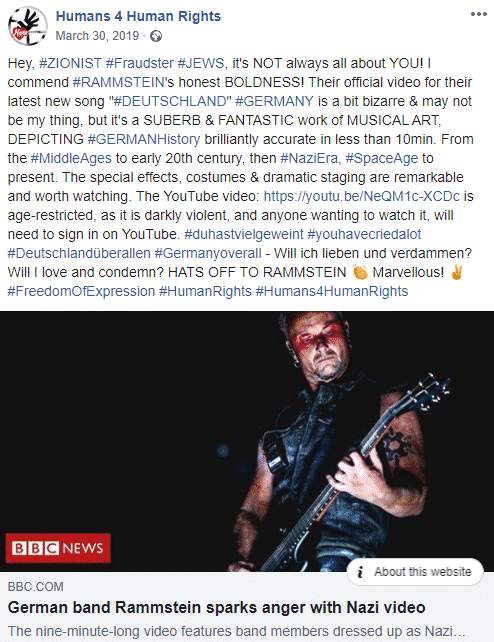 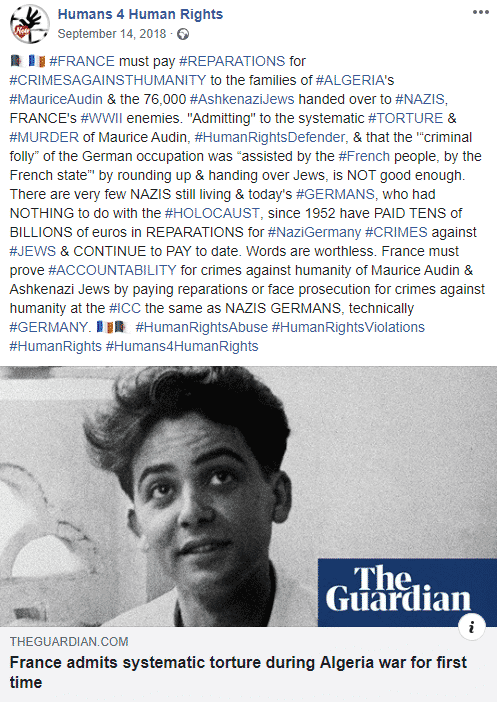 even siding with the Nazis 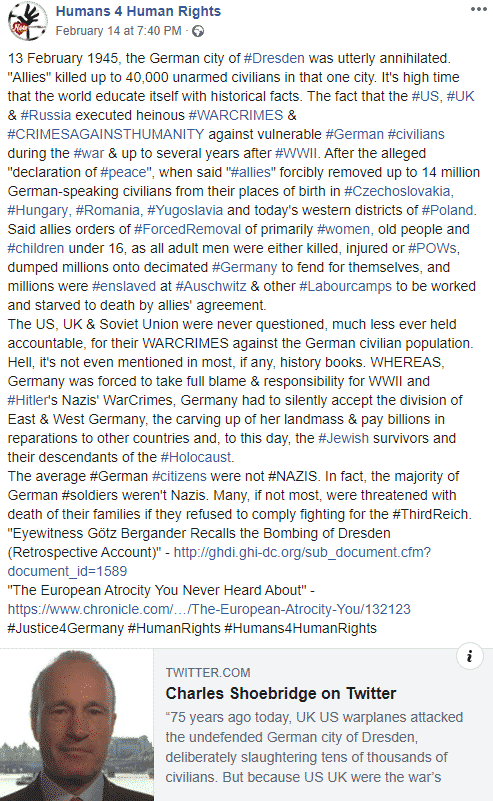 speaking of a powerful (Jewish) lobby 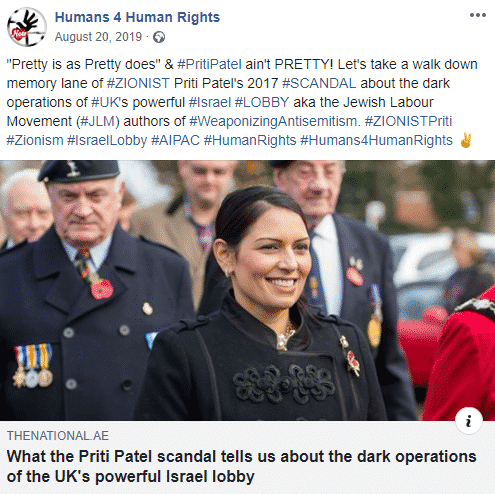 calling us “Bolsheviks”, another favorite of antisemites 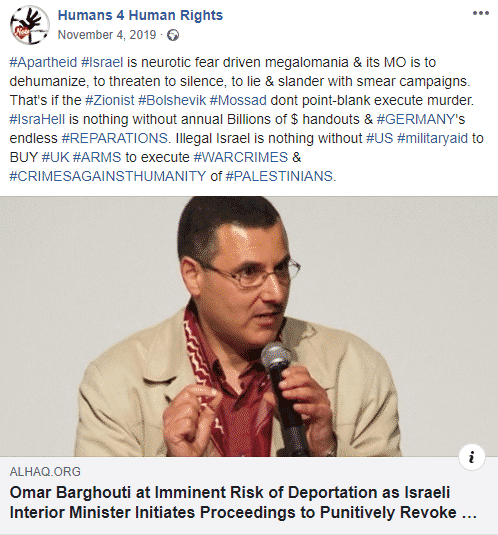 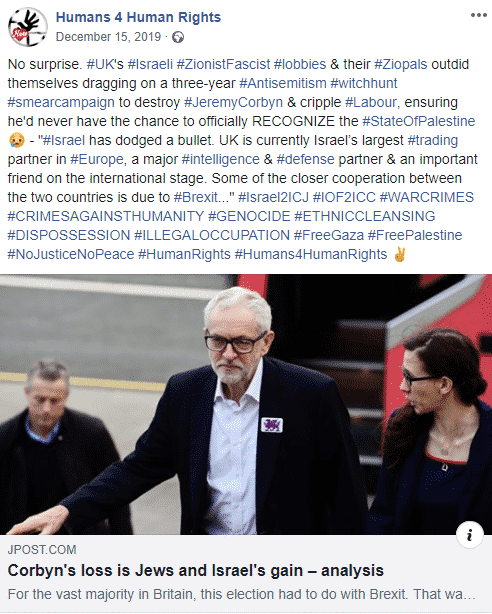 opposing the entire Jewish state, not just some so-called “occupation” 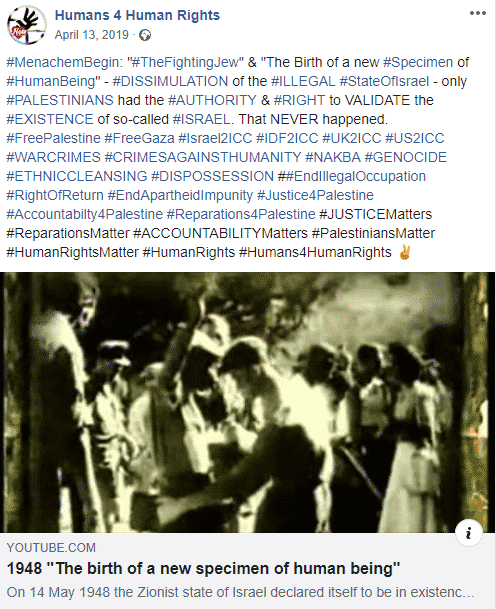 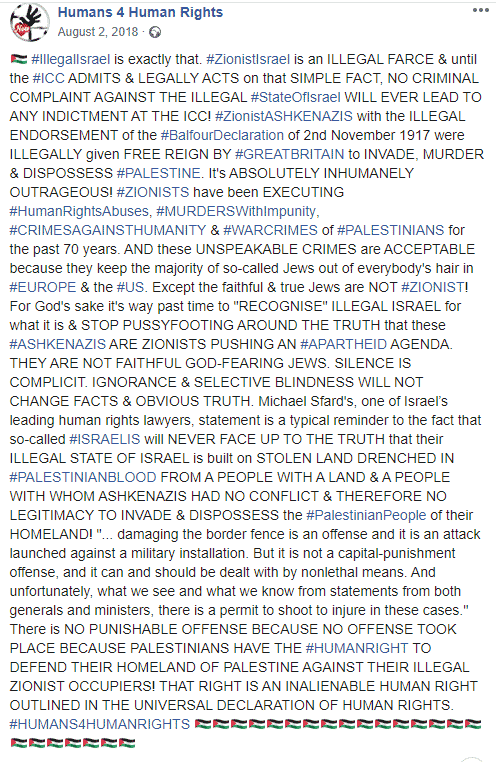 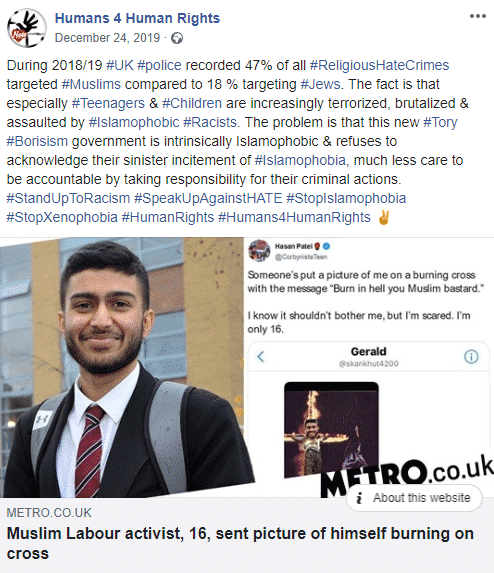 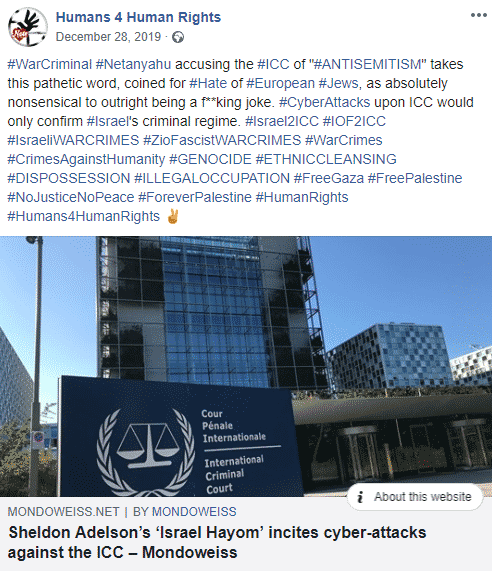 generally posting anything they can to besmirch the Jewish people 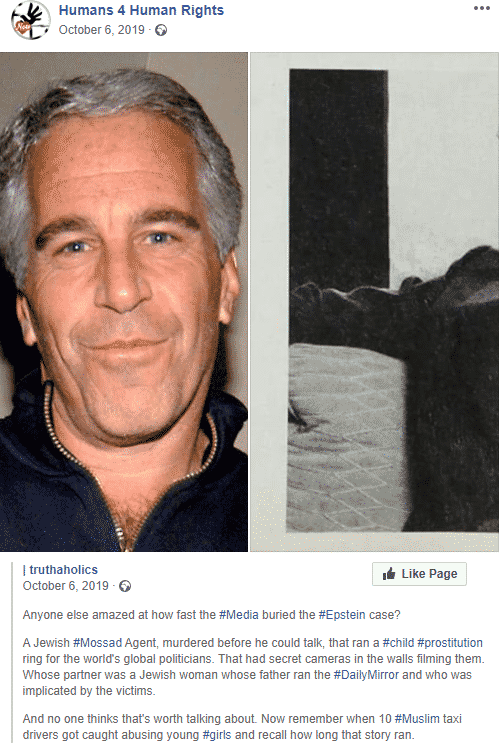 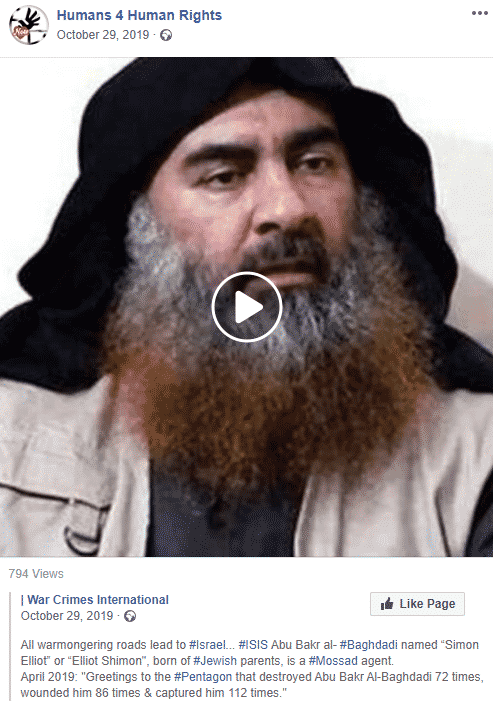 and antisemitic posts containing a bit of everything 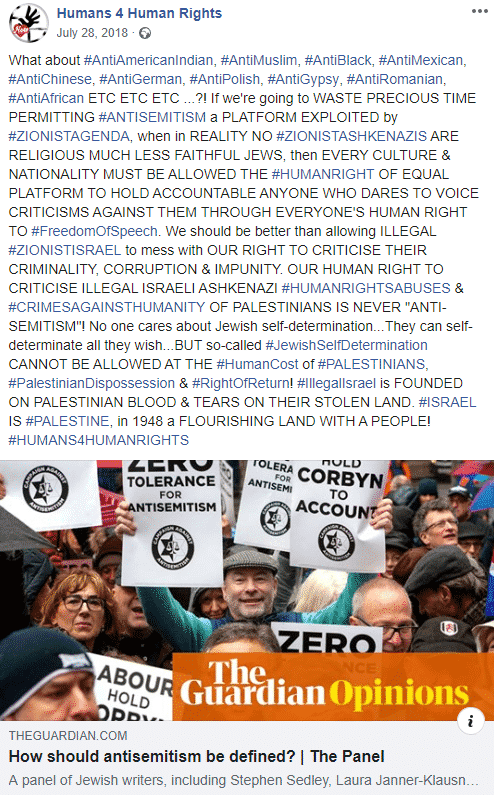 The stench of antisemitism surrounds them – and anyone who cannot smell it is willfully ignoring it.