Last week I posted how many Zioness supporters were noticing the troubling aspects of the movement I had written about months ago, following an attack post accusing Ted Cruz of antisemitism.

And it seems this realization is spreading, as Zioness continue to show they are little more than progressives parroting Linda Sarsour talking points, minus the antisemitism.

Another example of this was this post, clearly meant as yet another jibe at US President Donald Trump. 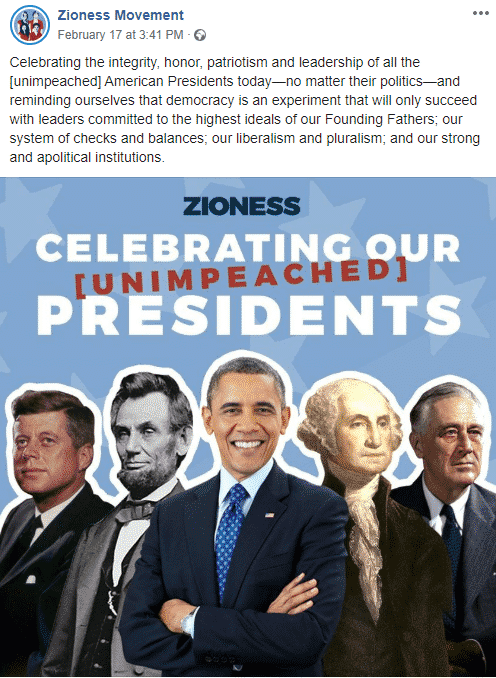 Leaving aside the fact President Trump was acquitted on the articles of impeachment, there is no question that he has been more pro-Israel than Barack Obama, who proudly stands front and center in their graphic.

More than that, FDR appears on the right. Many Zioness supporters justifiably took them to task for his inclusion, given his policies towards European Jews during the Holocaust. 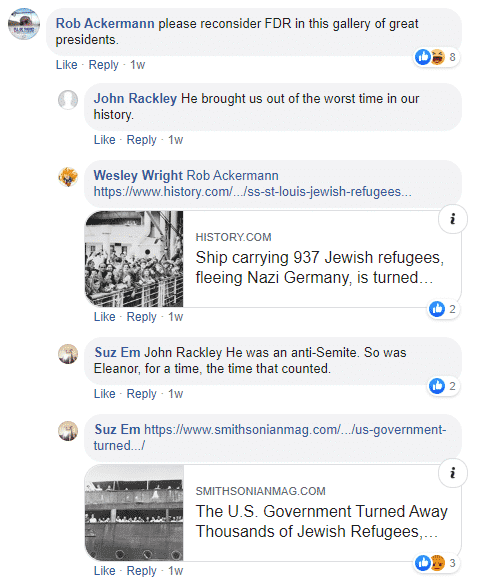 In response to being called out for celebrating the man who was responsible for countless Jews perishing in the Holocaust, Zioness deleted the graphic and replaced it with a new one in which he did not appear.

Just kidding. But they did subsequently post about his actions during the war.

No mention of his ‘Jewish problem’ though. 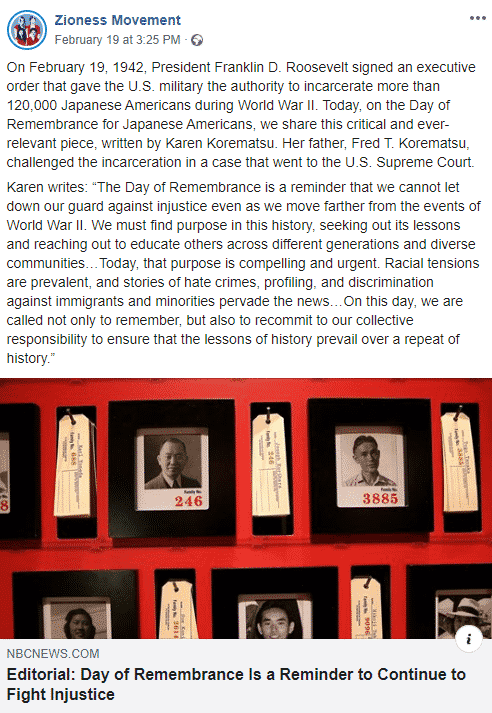 Meanwhile, after months of remaining quiet, they have finally commented on the antisemitism of Bernie Sanders’ surrogate Amer Zahr (as exposed by me back in October) 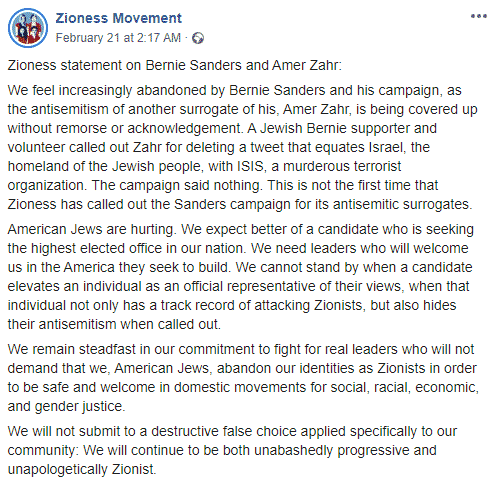 Yet plenty more Trump-bashing during this time period, even as he enacted more measures beneficial to Israel.

I think it is time for them to remove the ‘Zion’ part from their name. Since they currently seem to do F-all to further Zionism, perhaps “F-ess” (pronounced efes) will do.